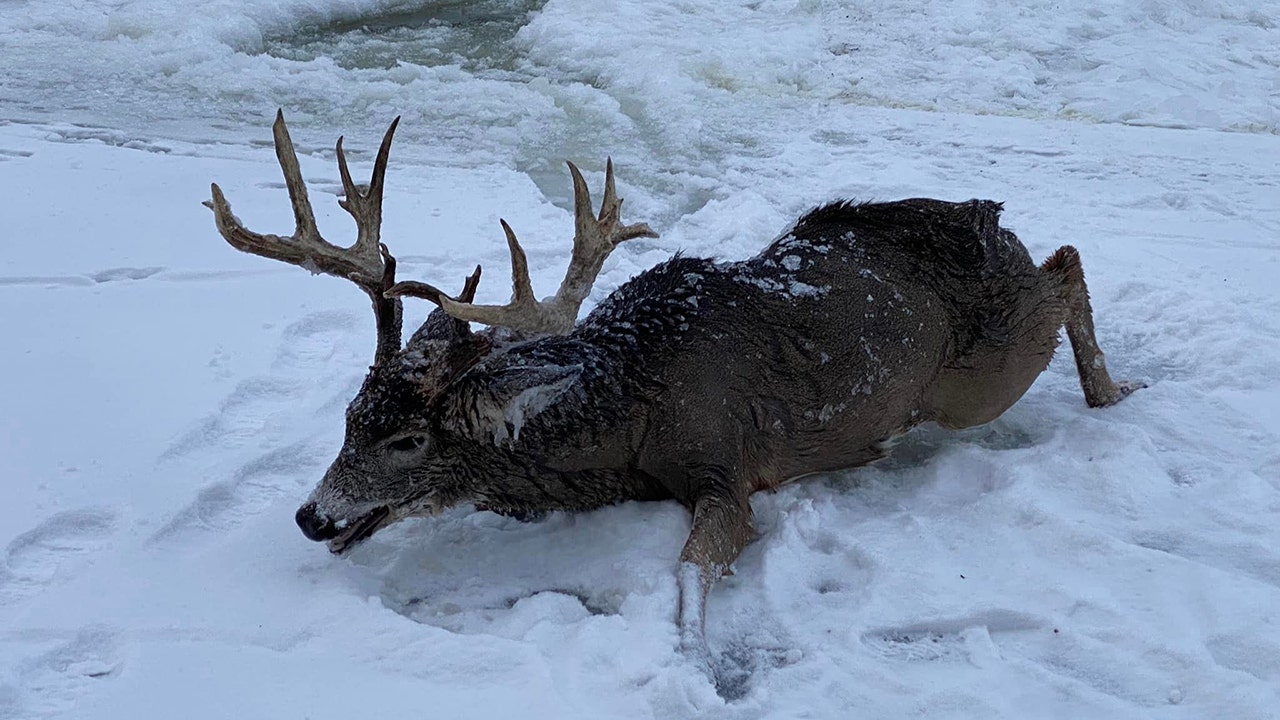 Firefighters in Minnesota rescued a huge buck that fell through an ice-covered river and became trapped in the freezing water on Monday, officials said.

Fire Chief Rick Beier told the Grand Forks Herald that he assembled a team of 10 firefighters with proper equipment to try and pull the large buck to shore.

Photos posted online show the buck trapped in the icy waters not far from shore.

Firefighters were able to get close enough to throw a strap around its antlers and pull it to shore.
(Thief River Falls Volunteer Fire Department )

Rescuers were able to get close enough to the animal to throw a strap around its antlers and pull it out of the river and up the bank, Beier said.

“We let him sit on the ice for a minute or two, and he didn’t do anything, so then we slid him to the edge,” Beier told the paper. “And then there’s about a 3- or 4-foot embankment and then we got him up on the bank right on the edge of the woods.”

Firefighters pulled the buck up the riverbank by its antlers.
(Thief River Falls Volunteer Fire Department )

“He just sat there for a minute or two, and then he got up and stumbled his way into the woods,” the fire chief added.

While it was unclear how long the buck was trapped in the ice, the department wrote on Facebook that it was “happy to announce that this beautiful Buck will live another day.“