By Amelia Wynne For Mailonline

Ahmed Farah, 30, (pictured) was sent to his birthplace by British authorities after he was freed from jail

The brother of athletics legend Mo Farah has been deported to Somalia and is living a life of poverty on the streets after serving four-years in jail for false imprisonment.

Ahmed Farah, 30, was sent to his birthplace by British authorities after he was freed from jail for a knife raid in Southall, west London in 2010.

He served four-and-a-half years and was on the Home Office’s radar for two years before being deported.

He now says he would like the chance to return to the UK.

Speaking to the Sunday Mirror he said: ‘I made a huge mistake, but why should I be double punished for something I’ve done?

‘It’s like they’re saying ‘Do the prison time but also do extra detention and be deported’.’

Ahmed says he has not spoken to Mo for 10 years and doesn’t hold a grudge but wonders whether his brother’s celebrity status counted against him.

He added that he was proud of Mo and everything he has achieved and that he had nothing to do with his deportation.

Speaking about the crime he committed he said if he had known what the outcome would have been he would have acted differently on the night of the incident.

In 2011 Ahmed was jailed for false imprisonment over his involvement in a knife raid the previous year.

He was released on licence in 2014 but was not a British citizen and had his documents confiscated. 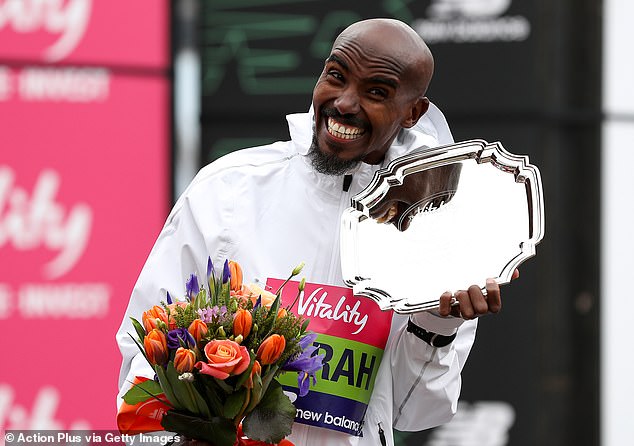 Ahmed claims the authorities took all his papers – his NI number and everything that would have let him work.

Then in August 2016 officials detained him and triggered the deportation process, sending him back to where him and Mo were born – which is the fourth poorest country in the world.

Ahmed says he struggled to adapt when he had to live in Africa, after spending most of his life in London.

He stayed in a hotel for a while and moved from sofa to sofa as he found his feet.

The 30-year-old – who hasn’t seen his family in three years – says he dreams of opening a restaurant and wants to make a name for himself.

Ahmed was three and Mo was eight when they and another brother, Wahib, moved to the UK with their father Muktar in 1991.