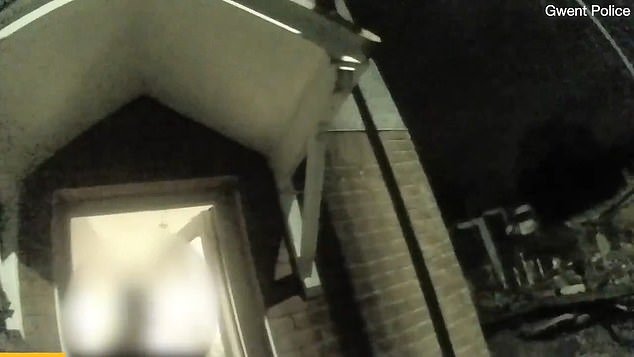 Are you going to fine me for this?’ Moment woman hosting illegal house party in Wales tries to stop police entering her home before claiming everyone inside is in a bubble

This is the moment a woman hosting an illegal house party in Wales tried to stop police entering her home before claiming all three households were in a bubble.

Gwent Police received a call about a house party in Rhymney, Caerphilly, on Saturday 16 January.

A woman is seen answering the door to police before asking the officer: ‘Are you going to fine me for this?’

‘If there is no breaches then no and if there is then maybe,’ the officer replies.

However the woman responds: ‘Well I am not going to pay it.’

‘Why are you asking for a fine? Surely if there is no one in there then you wouldn’t be considering it,’ the officer replies.

The woman attempts to stop police coming inside her house before the officer tells her to ‘get your hand off me’.

At one point the exasperated officer tells her: ‘I’ve tried to be tidy with you.’

She then refuses to give her name and tries to explain the gathering, which involved three people, by describing the three households as a bubble. 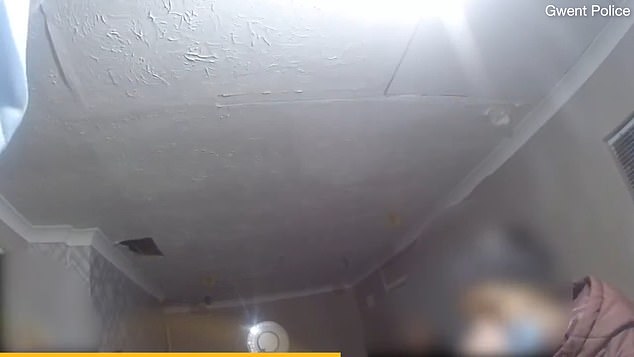 Gwent Police captioned the footage on their YouTube: ‘Body-worn footage from officers who attended a house party in Rhymney, Caerphilly.

‘One woman was issued with a fixed penalty notice and another woman was given a warning.’

Under Welsh Government rules, a person living on their own can create a support bubble with only one other household.

The situation ends after the woman shouts over the police officer who goes on to explain that a fine will be posted to the house. 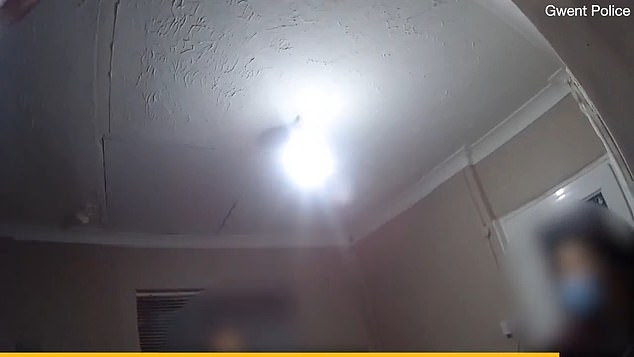 Under Welsh Government rules, a person living on their own can create a support bubble with only one other household

Last weekend a total of 54 people were fined by Gwent Police for breaching coronavirus regulations, including holding house parties.

Officers attended house parties in Pontypool, Newport, and Rhymney – behaviour which has been described by the force as ‘dangerous, selfish, and totally unacceptable’.

Chief superintendent Mark Hobrough said: ‘Alert level four restrictions are still in place in Wales which means that people should remain in their own household and only travel when necessary.

‘House parties and any mixing of households, both indoors and outdoors, is prohibited by Welsh Government regulations.

‘Organising parties and gatherings is dangerous, selfish, and is totally unacceptable in light of the current threat we face.

‘Please don’t risk the lives of your loved ones and the wider community by having house parties or gatherings.

‘We would like to thank the majority of Gwent residents who are adhering to Covid regulations and we will continue to engage, explain, and encourage our communities to work together with us to keep everyone safe.

‘For those who blatantly go against the restrictions we will take enforcement action. Coronavirus levels remain high across much of Gwent and by following Welsh Government advice we are all saving lives and protecting the NHS.’