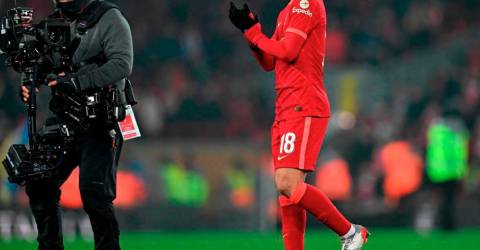 PARIS: Liverpool forward Takumi Minamino has completed a permanent move to French side AS Monaco for a reported fee of around £15.5 million (RM83.1 million), both clubs said on Tuesday.

The Japan international has signed a four-year contract with the Ligue 1 side after 2-1/2 years at Liverpool during which he was sent on a one-year loan to Southampton.

The 27-year-old made 55 appearances and scored 14 goals in all competitions in his time at Anfield.

“With his winning culture, his ability to play in various positions on the pitch and his status as a key player with his national team, we are convinced that Takumi will contribute to the development of our young team,” Monaco sporting director Paul Mitchell said in a statement.

AS Monaco finished third in Ligue 1 last season, earning a place in the qualifiers for the Champions League, a competition in which Minamino has played before both for Liverpool and Salzburg. — Reuters