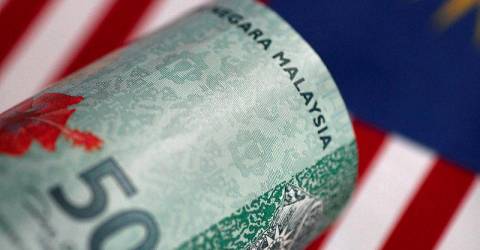 KUALA LUMPUR: Malaysia’s monetary policy remains accommodative of the country’s economy just not at the level required during the height of the pandemic as the gradual hike in the overnight policy rate (OPR) from its historical low of 1.75 per cent to 2.0 per cent will allow the market to adjust accordingly

Bank Negara Malaysia (BNM) deputy governor Datuk Abdul Rasheed Ghaffour said Malaysia’s condition differs from that of other nations and that it is crucial to normalise the interest rate in order to stimulate the economy.

“The Monetary Policy Committee’s decision to increase the OPR by 25 basis points was based on the country’s growth trajectory, which was on a firm footing, lifted by domestic demand, apart from manageable inflation and recovery in the labour market.

To further enhance the economy, he emphasised the need for structural reforms, including the pursuit of high value-added industries and the attraction of high-value foreign investment.

Abdul Rasheed explained that the interest rate hike would be done in a measured and gradual manner to foster sustainable economic growth and that any increase would take into account the timing and magnitude of market adjustment to the OPR rate increase.

“The adjustment of the market to the rate hike would rely on economic growth,” he said during the Invest Asean 2022 conference today.

Abdul Rasheed was among the panellists at the session held today titled Malaysia: Economy at Crossroads, alongside Ministry of Finance deputy secretary-general of Treasury (Policy) Datuk Johan Mahmood Merican and the Institute for Democracy and Economic Affairs director of economics and business unit and acting director of research Dr Juita Mohamad.

Meanwhile, in response to a query regarding the Goods and Services Tax (GST), Johan quashed the possibility of GST reintroduction this year.

“No tax will be implemented until the economy has completely recovered,“ he said. — Bernama