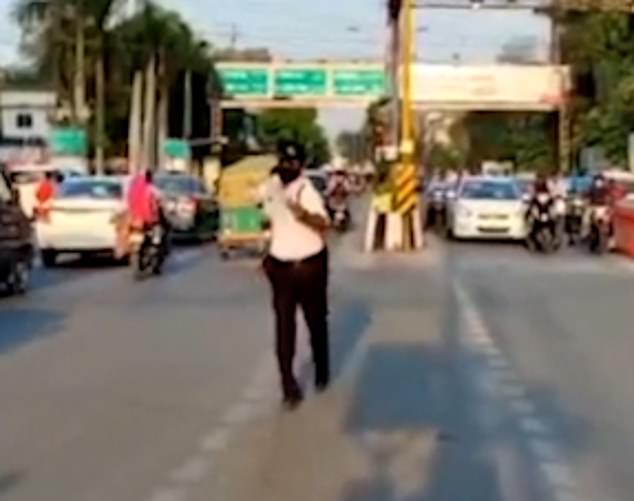 A policeman has become a hit in India for his Michael Jackson dance moves as he directs the traffic.

Footage shows Ranjeet Singh moonwalking across a junction in Indore, Madhya Pradesh, where he has been a traffic officer for more than 18 years.

Officer Singh’s novel approach has proved so effective that another force in the country has asked him to train their traffic police.

Ranjeet Singh has become a hit in his city of Indore, in Madhya Pradesh, where he works as a traffic officer 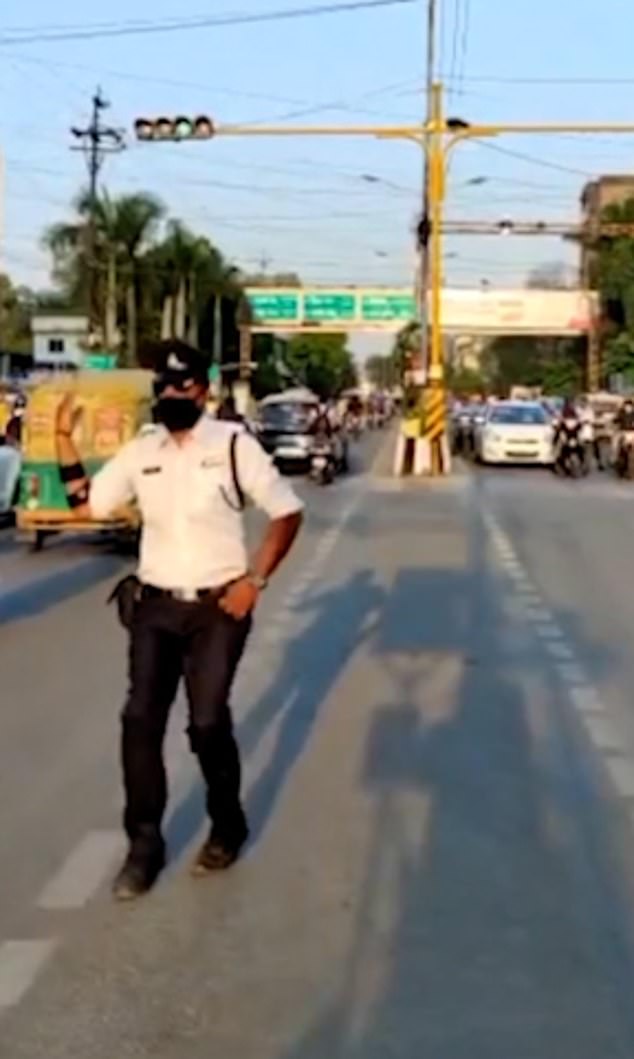 In video showing the 41-year-old at work, the officer can be seen directing the busy traffic at an intersection in the city of more than 2 million people.

He walks towards the traffic and as he walks away, he walks backwards in a moonwalk.

In another clip he suddenly stops and starts to shimmy in the same style that pop icon Michael Jackson made famous.

He does all of this while not listening to music at all, instead using his ears to listen to the traffic.

At times he stops dancing completely, while on some occasions he moves to the beat while telling traffic to stop.

Sometimes people turn up to ask for pictures with him after videos of him doing his routine were shared on social media in India.

For Officer Singh it’s a way to live out his childhood dream of being a dancer, something he had to give up because of his financial situation.

As well as admirers among the public, his moves seem to have caught the eye of his fellow officers, with one police force requesting he train their cadets. 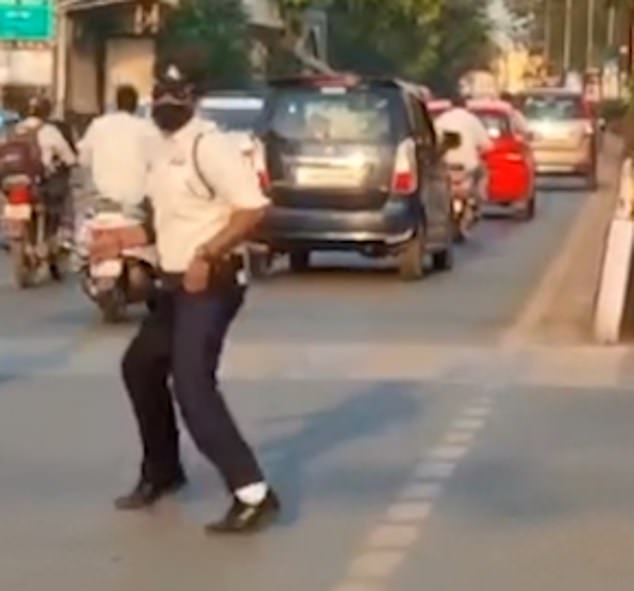 It’s not only moonwalking the officer has down, he also performs a number of other moves made famous by the pop icon 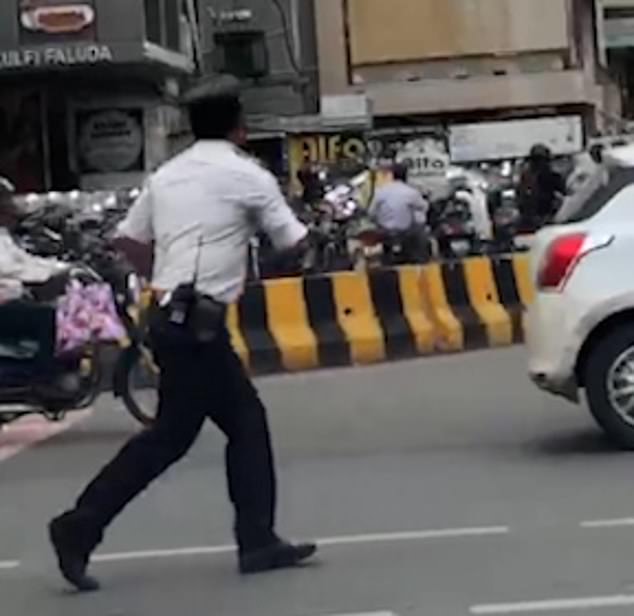 Officer Singh pictured here running in traffic as part of his job, regularly gets asked for pictures by members of the public 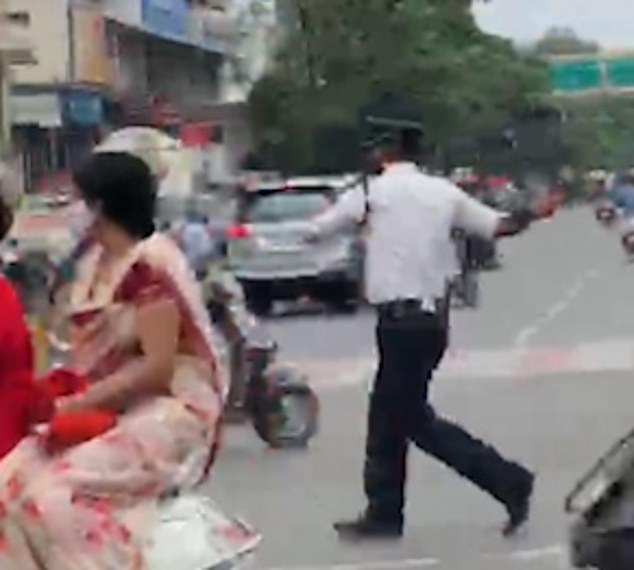 But the veteran officer said he was definitely going to try and teach them how he does his dancing without any music, reports Asianet Newsable.

‘I am told they all are very excited to see me,’ he said, adding they are particularly eager to learn how to moonwalk.

‘So, yes, I will certainly be teaching them that too. But the focus will largely be on traffic management and safety awareness.’

It reports it is the first time in the country that a traffic officer will train police in another state.