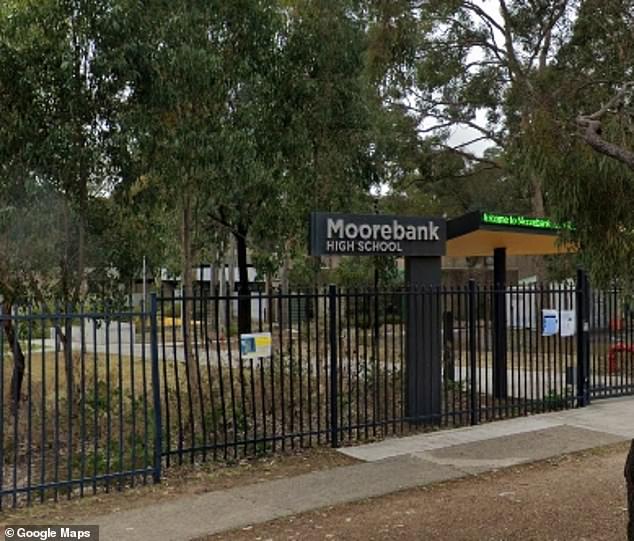 Children at a Sydney school are being forced to scan their fingerprints every time they want to use the toilet as part of an ‘extreme’ plan to stop vandalism.

Moorebank High School, in Sydney’s southwest, rolled out the radical plan at the beginning of term three to ‘monitor students’ movement during class time’.

Principal Vally Grego notified parents in the school’s June newsletter that students would need to use Posiflex Kiosks Biometrics, a fingerprint scanning technology, to access the toilet.

‘The system will roll out in Term 3 for the external student toilets only,’ Ms Grego wrote.

‘We are introducing this system to monitor students’ movement during class time and to reduce the incidents of vandalism.’

Students at Moorebank High School (pictured) are being made to scan their fingerprints to gain access to the toilets. The biometric data technology was introduced to track students’ movement as part of a plan to stamp rid the school of vandalism

A parent, who has several children at the school, told the Daily Telegraph there was a ‘real lack of transparency’ as parents were not properly consulted or informed about the kiosk – a claim contested by NSW Department of Education.

‘There was only a tiny paragraph in the newsletter, no notes sent home, no email, only a focus group no one knew about… it wasn’t communicated properly by the school, there’s a real lack of transparency,’ the parent said.

The NSW Department of Education said parents were consulted about the new initiative and were given information via school newsletters and emailed minutes from the community focus group meetings.

‘The parent community was consulted about the new initiative at Moorebank High School via a community focus group,’ NSW Department of Education said.

‘The decision to install the mechanism was ratified by this group on more than one occasion.

‘All parents were notified. The information was disseminated to parents via school newsletters and the minutes of community focus group meetings were also emailed to all parents.’

According to the school’s newsletter, the technology was first agreed to by the Community Focus Group on February 8, 2021 before being confirmed 13 months later, on March 13.

The parent labelled the technology and surveillance of the students as a ‘little extreme’ and questioned whether collecting biometric data was the correct response to combating vandalism.

‘It just doesn’t feel real and begs the question, what’s next in terms of monitoring and surveillance of our kids? Surely vandalism doesn’t justify collecting biometric data,’ the parent said. 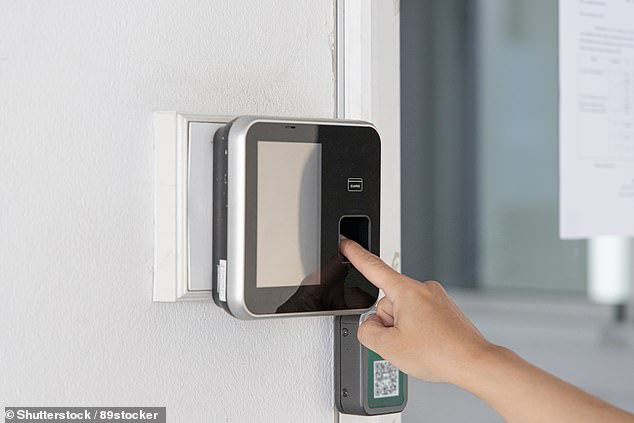 Ms Grego assured parents of the safety and privacy of the kiosk and said it did not store copies of children’s fingerprints, confirming it was only the biometric engine on the kiosk that could interpret the data.

‘It stores an alphanumerical representation of the fingerprint, a great big long random string which is unique to each fingerprint,’ she said.

‘It is a map of 25 -40 unique features of a fingerprint and then puts it into a data format called a template. That specific template can only be interpreted by the biometric engine on the kiosk.

‘If one were to look at the template of a fingerprint, it would not be recognisable, as the information is a set of numbers and typically encrypted.’

NSW Department of Education said students have the option to use an access card instead of their fingerprint when using the toilet during class time.

‘Moorebank High School introduced a fingerprint data collection system at the start of Term 3 2022 for students accessing toilets during class time only,’ the Department of Education said.

‘The use of this system is not compulsory. If students or parents prefer, students can also access the toilets during those times by obtaining an access card from the office.

The department said the technology is not rack how often students use the toilet and the kiosk’s record is only used when instances of vandalism have been reported.

The school will conduct an investigation into the kiosk’s effectiveness and will upgrade the toilets according to the findings.