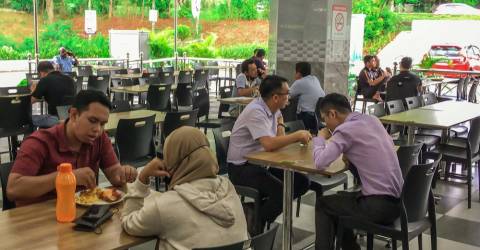 MALAYSIA is no longer attractive to Indonesian workers due to the weak ringgit as they would rather work in their home country or go to Singapore instead, The Star reports.

“About 30 outlets in Johor Baru were closed during the first movement control order implemented on March 18, 2020,“ he reportedly said.

Hussein suggested the number might double by the end of the year if foreign workers continue to stay away.

Hussein said the state’s restaurants needed between 3,000 and 5,000 workers but getting locals to work for them was not easy.

“They prefer to work at Indian Muslim restaurants in Singapore as they can earn about S$1,500 (RM4,800) a month there,” he added.