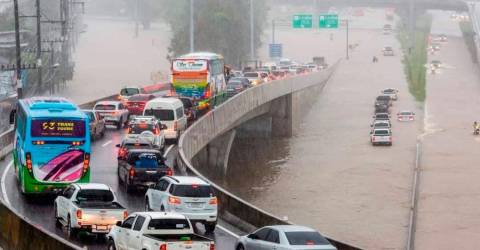 “Strong northeast monsoon prevailing across the Gulf of Thailand and Andaman Sea have caused continuous rains and river overflows, flood, and flash floods in many areas.

“To date, a total of 64,626 households in 1,425 villages in nine provinces have been hit by floods since Sunday,” it said adding that the water level in many flooded areas have come down.

Therefore, it said DDPM would coordinate with relevant agencies to start post-flood cleanup.

“A total of 29,113 households in Narathiwat, bordering Kelantan at the Malaysian side, have been affected by floods,” he said.

However, there was no mention when the facilities will be reopened.-Bernama