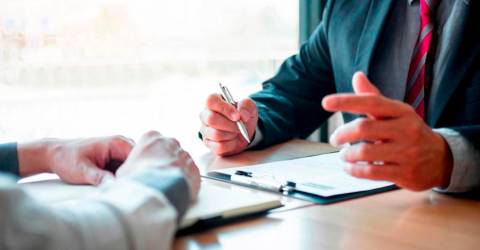 SEREMBAN: Among the reasons employers do not register their employees under the Social Security Organisation (Socso) is that they are not aware that they need to do so, says Negeri Sembilan Socso director Fuad Alias.

He said most of the unregistered employers were new traders who were unaware of the Employees’ Social Security Act 1969 (Act 4) and other related acts.

“Most of these unregistered employers own small businesses and hire less than two employees. There are also new traders who are in the ‘trying their luck’ phase in business, and do not have the courage to contribute to Socso.

“There are also those who employ foreign workers but cannot show proof that these workers are registered under Socso or not,“ he told reporters after Op Kesan at small business premises around Seremban Jaya today.

He said there were also other reasons such as the employee being a family member or spouse of the owner of the premises.

Fuad said as of Dec 31, 2021, statistics showed that 38,985 employers in the state were actively registered under Act 4 and a total of 250,465 workers were receiving Socso protection in the state.

Meanwhile, he said 49 compounds amounting to RM45,000 were issued to employers at premises around Seremban Jaya for offences under Act 4 and the Employment Insurance System Act 2017 (Act 800). — Bernama