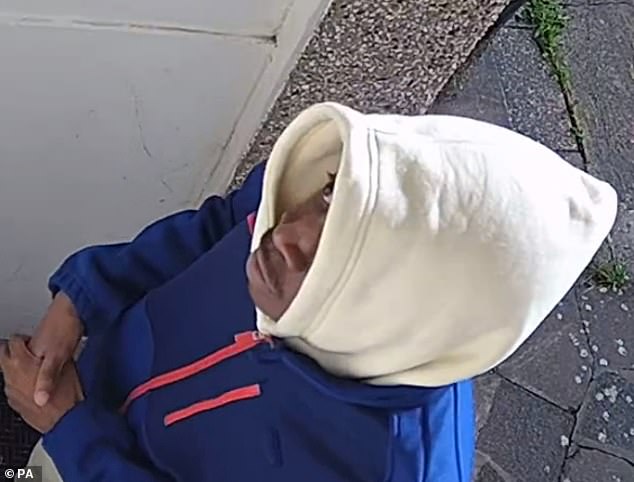 Terrifying moment mother, 22, is threatened at knifepoint by thug in a Tesco jacket while holding her child after two men forced their way into her home and demanded money

By Jessica Warren For Mailonline

This is the shocking moment that a ‘terrified’ mother and her child are held at knife-point after thugs forced their way into her home and demanded money.

The victim, a 22-year-old woman, was at her Wandsworth home in south-west London when two men knocked on her door and forced their way in just before 1.30pm on Tuesday.

The woman, who was holding her child, was forced into the kitchen at knifepoint by one of the men wearing a blue Tesco branded jacket, who demanded money before they both fled.

Detectives have now released footage of two men they are trying to trace after they forced their way into the victim’s home. 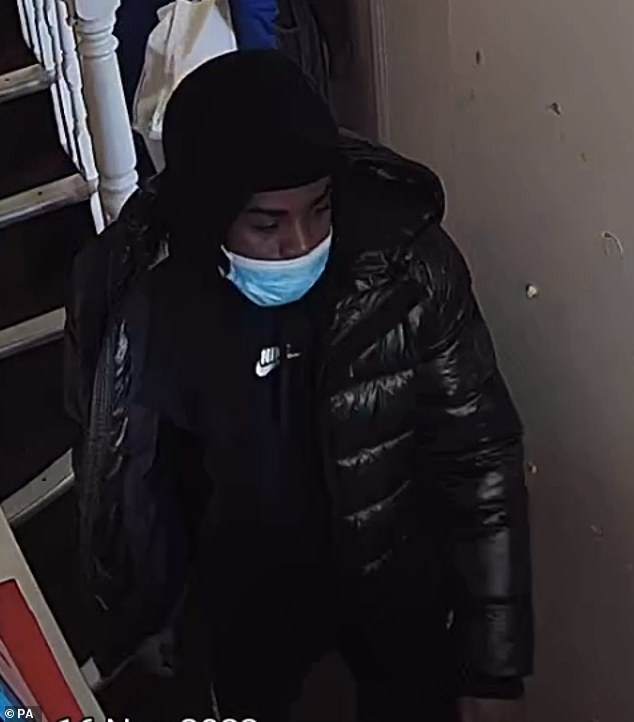 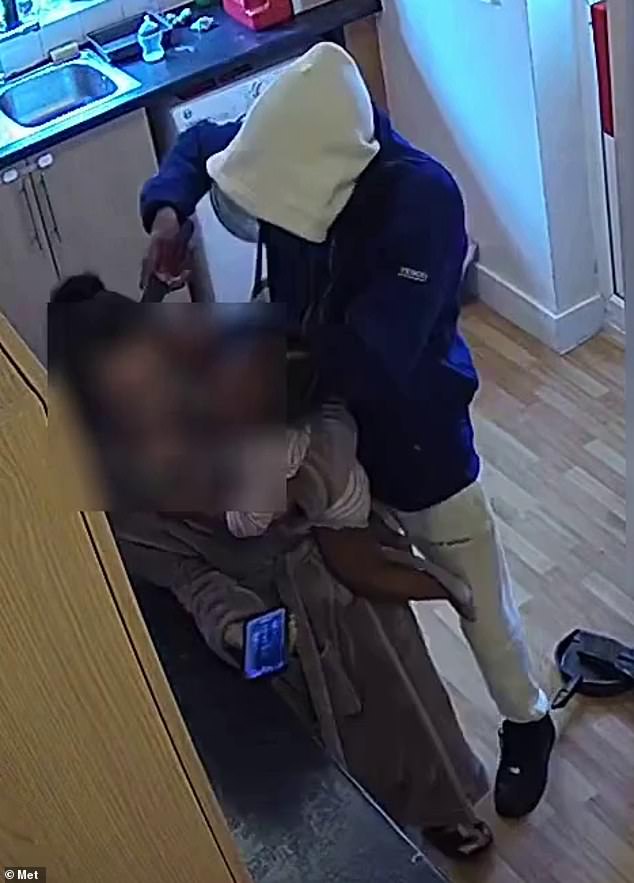 The victim, a 22-year-old woman, was at her south-west London home when two men knocked on her door and forced their way in. Pictured: a man in a Tesco-branded jacket holds a knife to the woman 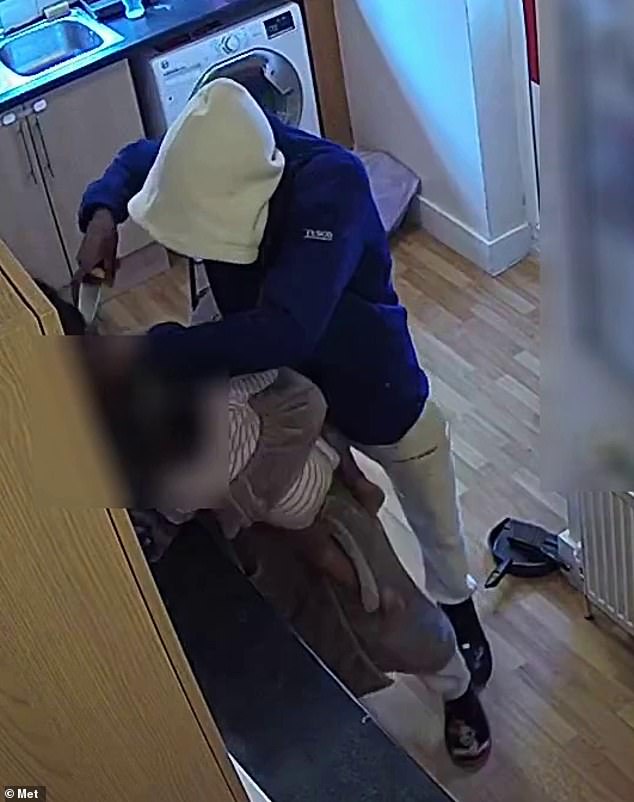 Nothing is believed to have been taken from the property and there were no reports of any injuries.

Detectives from the Met’s South West Command Unit are pursuing a number of enquiries following the ‘terrifying’ ordeal.

Detective Sergeant Cerith Jones said: ‘The community will be appalled by this awful incident and I know many people will want to reach out and help us identify them.

‘I urge local people to please check your doorbell and dash cam footage for any material that could assist us.

‘If you were in the vicinity and saw two men acting suspiciously, or running away, we want to hear from you. 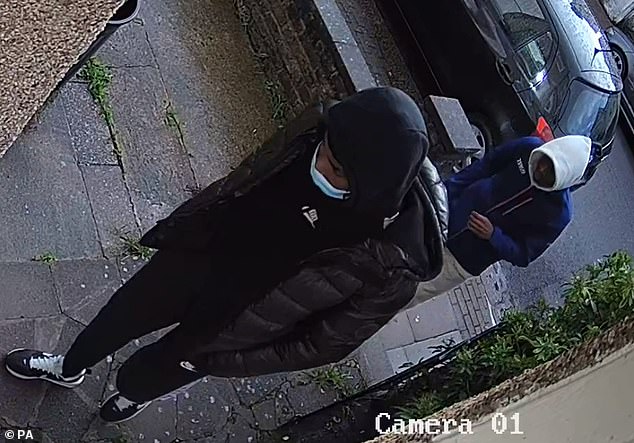 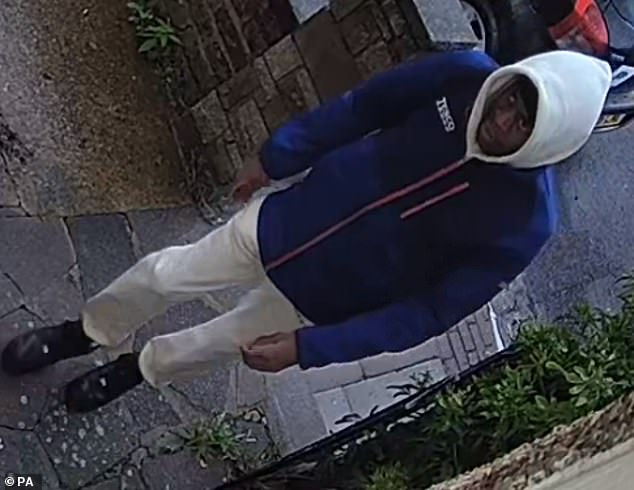 The force will conducting extra patrols in the area over the coming days to help reassure local residents. Pictured, one of the men the police are trying to trace wearing a Nike jumper 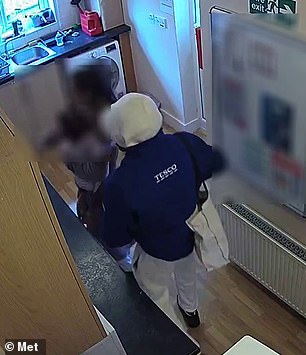 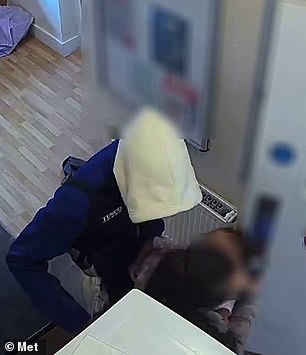 The men demanded money, but nothing is believed to have been taken from the scene 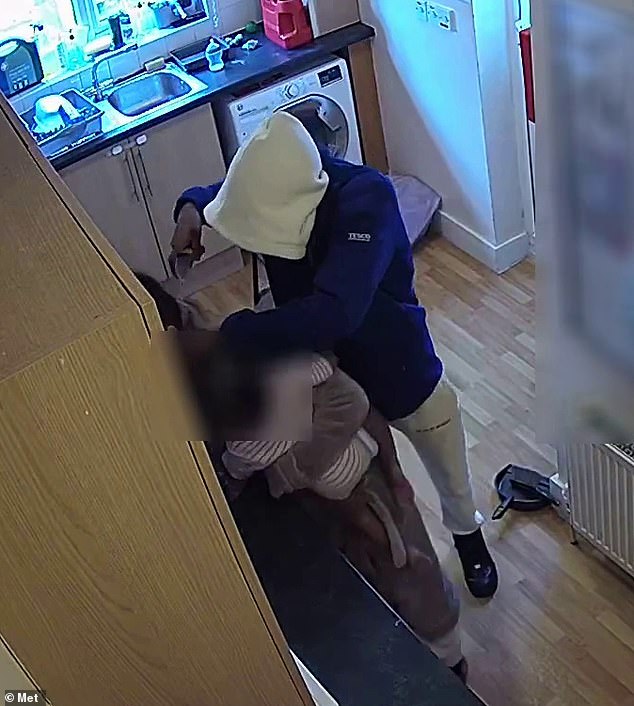 ‘The young woman was terrified and it is imperative that we catch the men responsible.’

The force will be conducting extra patrols in the area over the coming days to help reassure local residents.

Anyone with information following the incident is asked to contact the police on 101 or tweet @MetCC ref CAD 3421/15 Nov.