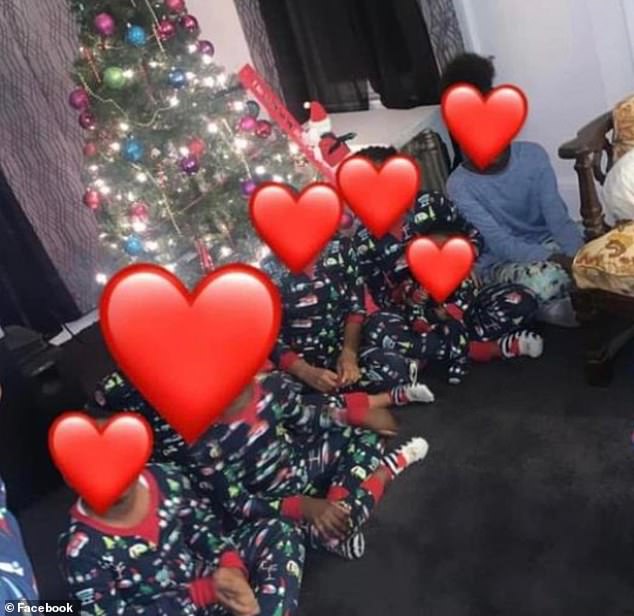 By Erica Tempesta For Dailymail.com


A mother-in-law from England has been branded ‘cruel’ and ‘evil’ after she bought all of her grandchildren matching pajamas — except for her son’s stepchild.

The woman, whose name is unknown, shared a photo of her grandchildren sitting in front of the Christmas tree in their new loungewear. Her daughter-in-law’s child from a previous relationship was the only one who wasn’t wearing the patterned PJs.

An outraged friend of the family shared the snapshot with the Brierly Hill local Facebook group, where it was posted on Sunday with the caption: ‘Some people out there with no heart!’

Say what? A mother-in-law from England gifted all of her grandchild matching Christmas pajamas except for her son’s stepchild

Going viral: An outraged friend of the family shared the photo of the kids in their pajamas with the Brierly Hill local Facebook group, where it was posted on Sunday

‘A friend of mine is married. Mother in law bought matching PJ’s for all kids EXCEPT the one that doesn’t belong to her son. Is she wrong? [sic] the person who submitted the photo asked.

Hundreds of commenters were disgusted by the grandmother’s actions and slammed her behavior, saying she is ‘cruel’ and ‘pure evil.’

‘How could you treat a child different to any other child, cruel and totally unacceptable. For me it’s all or none,’ one person wrote.

‘This is horrible to the core!’ someone else added. ‘Even [if] she didn’t want to buy them, she could of offered to order them if they paid!’

Another shared: ‘A child is a child regardless if that child is yours or not they should all be treated the same! What a shame for that child to have a family like that! How petty!’ 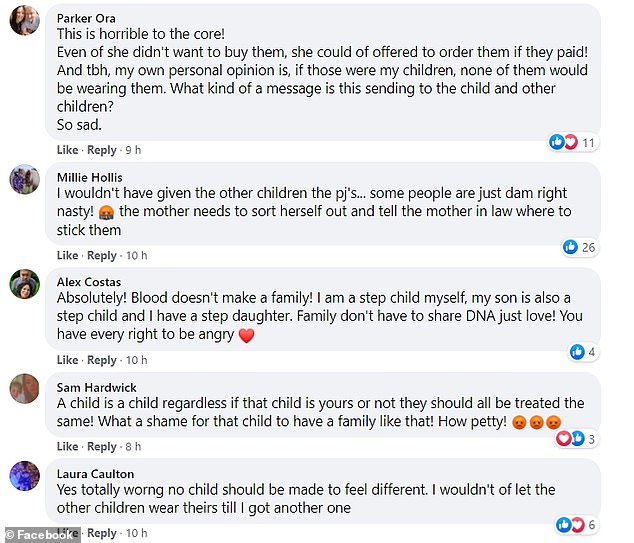 Backlash: Hundreds of commenters were disgusted by the grandmother’s actions and slammed her behavior, saying she is ‘cruel’ and ‘pure evil’ 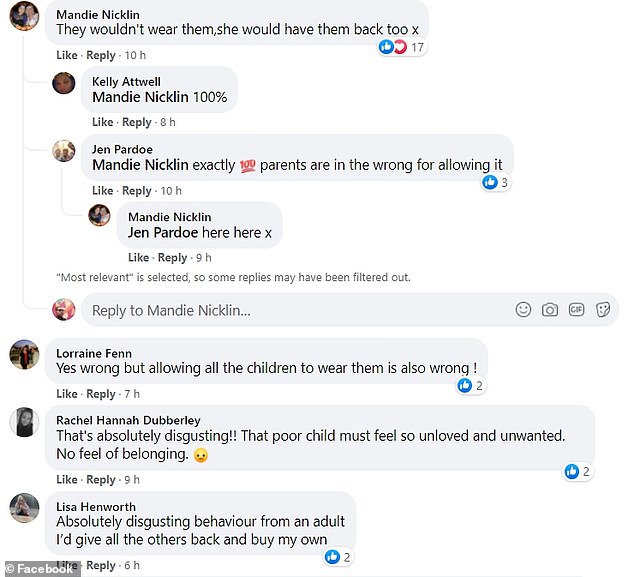 Outraged: Strangers also criticized the parents for allowing their children to wear the pajamas and leave their sibling out 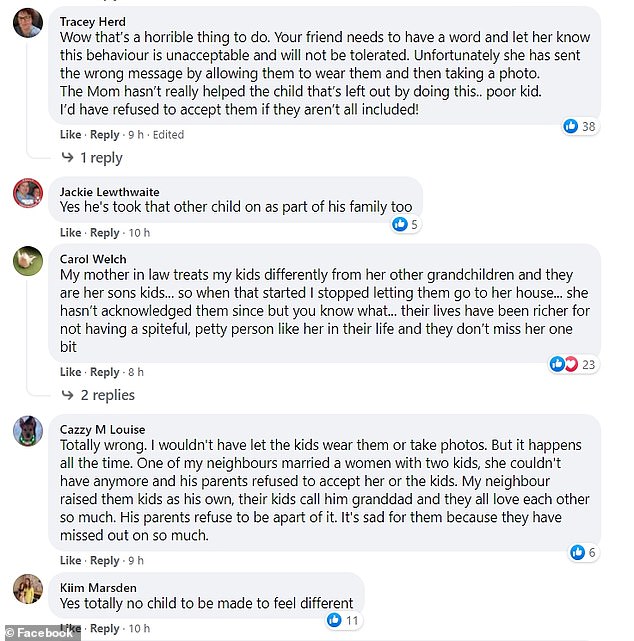 Consensus: A majority of the commenters agreed that the grandmother was ‘totally wrong’

A number of people also criticized the parents for allowing their children to wear the pajamas and leave their sibling out.

‘Totally wrong. I wouldn’t have let the kids wear them or take photos,’ one Facebook user insisted.

‘To be absolutely honest the parents are wrong for even letting the other kids wear them,’ someone else agreed. ‘I’d have handed them back and told her they all get or none get. It’s that simple. No one should ever let anyone treat their kids like that.’

While a majority of the commenters felt the grandmother was in the wrong, there were a few people who defended her.

‘At the end of the day it’s her choice,’ one person insisted. ‘I wouldn’t say I agree nor disagree as at then end of the day this happens a lot these days and people have their own way which some will see as wrong and others won’t.’