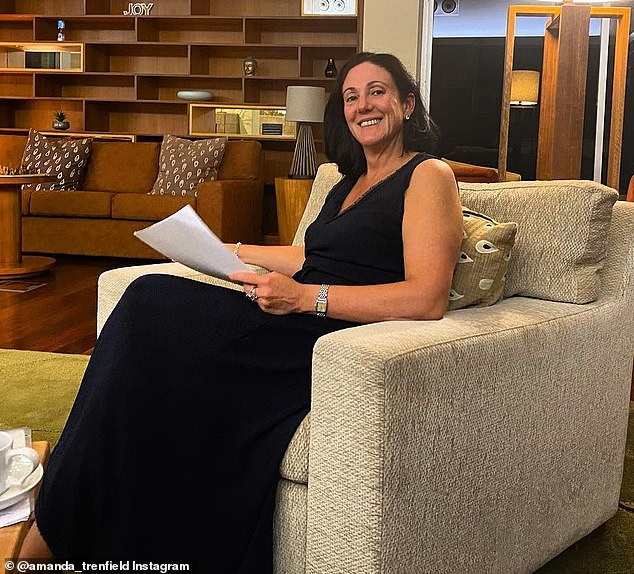 A mother-of-two has gone viral on social media after writing a memoir about leaving her husband of 14 years to pursue a stranger who she thought could be her ‘soulmate’.

Amanda Trenfield, from Sydney, explained that she spent 20 years building a ‘somewhat predictable life’ with a career in the financial services alongside caring for two young children and her marriage.

In an extract from her new book, published by The Sydney Morning Herald, Amanda said that she was hoping to reconnect with her husband during a three-day conference in Margaret River but found herself drawn to another man, Jason, at the event due to the ‘strong and raw’ electricity between them.

‘It travelled to my core,’ she said. ‘It was so intense I needed to break eye contact. He. We. The energy. It was electric. My body was completely charged. I was completely “on”.’

Convinced he was her soulmate, despite nothing physical happening between them, Amanda left her husband a month later, even though she’d had no communication with Jason, who ultimately rejected her.

Amanda’s decisions sparked a viral discussion on Twitter among commenters who were shocked by the way she ‘blew up’ her life, with one writing: ‘Never in my life have I encountered someone romanticizing a one night stand that *didn’t even happen*.’

Amanda Trenfield (pictured), who lives in Australia, has gone viral on Twitter after revealing she left her husband of 14 for a stranger who she believed was her ‘soulmate’

Amanda said there was an ‘instant familiarity’ with Jason and she enjoyed having banter with him after he encouraged her to take a sip of his wine during a group meal.

She claimed that all of her senses were on ‘high alert’ as he took an opportunity to feed her dessert across the table and her instincts made her feel that their exchange was more than just lust.

The mother-of-two explained that once the group returned back to the hotel where they were staying, she shared a glass of rosé with Jason at the bar and felt ‘strong and raw’ electricity between them when they clinked glasses.

Amanda admits that she had to force herself to not stay close to Jason as the event continued but found herself gaining a deeper connection whenever they locked eyes. 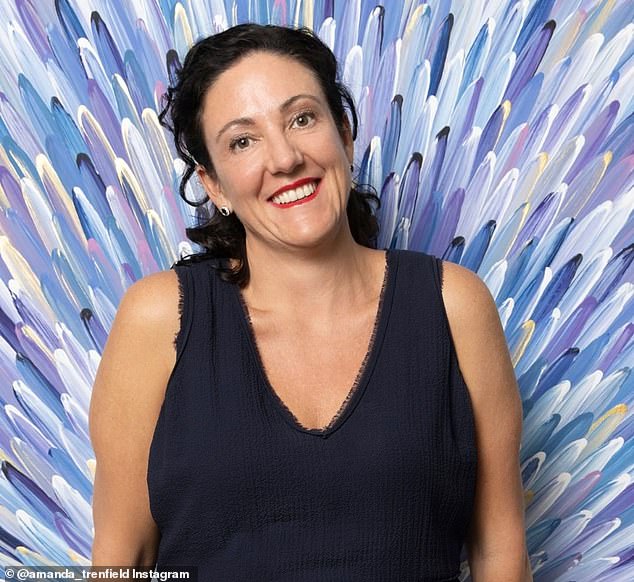 ‘I loved talking with him. I felt warm, relaxed and safe in his presence. I felt I could truly be myself, at a level I wasn’t familiar with. I realised that it was a feeling I hadn’t enjoyed in a long, long time – perhaps ever,’ Amanda said. 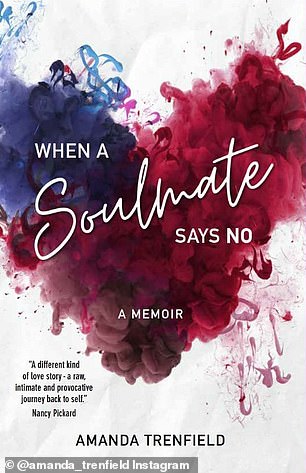 The mother-of-two claimed that her reaction to Jason was ‘uncharacteristic’ and she whispered to him that she wanted to see him again.

She admits that the days after meeting Jason were a blur because meeting her ‘soulmate’ had made everything else in her life seem unimportant.

Amanda added: ‘I’d just met my soulmate. What could possibly be more important than that?’

Amanda said it was less than a month after that she chose to end her marriage, despite not having had any communication with Jason.

However, as the title of her book When A Soulmate Says no reveals, Jason rejected her and she was left single.

One commented: ‘She was convinced they had a connection but I see no evidence they did. She just projected onto a random dude because she was unhappy. Which we’ve all been there but we don’t uproot our lives for it.’

A third added: ‘Yeah, the ‘I ditched my husband kids of 14 years to live my life with you after meeting you once because you’re my soulmate’ might have been coming on a bit strong, no wonder he said um, no.’

A commenter argued Amanda’s children may need therapy after reading her book when they get older, writing: ‘I want to read the POV of the ‘two young children’ when they grow up.

‘Especially the part when mum is becoming a ‘self-actualized superstar’ through energy therapies and endless Diana Ross songs.’

Another commented: ‘Therapist: so why are you here today. Kid: *SLAMS this book down on the table*’

However, others defended Amanda’s decision to leave her marriage.

‘I don’t really find this embarrassing. She obviously hated her life and the emotional zing of a crush was all she needed to end it all,’ one wrote.

Another said: ‘This seems normal and fine, maybe I’m missing something? Like, I get that it’s embarrassing to fall into limerence and get rejected, but is that worse than staying in an unhappy marriage?’