A mother has revealed her fury after she claimed doctors encouraged her to abort her baby at full-term because he had Down’s syndrome.

Cheryl Bilsborrow, from Lancashire, was 43 years old when she fell pregnant with her fourth child.

She was encouraged by doctors to have a screening test for Down’s syndrome because of her age, which she attended.

Cheryl Bilsborrow, from Lancashire, (pictured alongside baby Hector) has revealed her fury after she said doctors encouraged her to abort her baby at full-term because he had Down’s syndrome

She was shocked to discover that there was a high-chance that her baby would have the condition.

Cheryl, along with husband David, also 43, then decided to book a £400 NIPT at a private clinic to get a definitive answer.

The screening is much like a blood test that extracts placental DNA from the mother and returns the results within ten days.

The pair received a phone call a short time later from a female clinician who said: ‘Really sorry for the bad news but there’s a 99 per cent chance you are having a baby with Down’s syndrome.’ 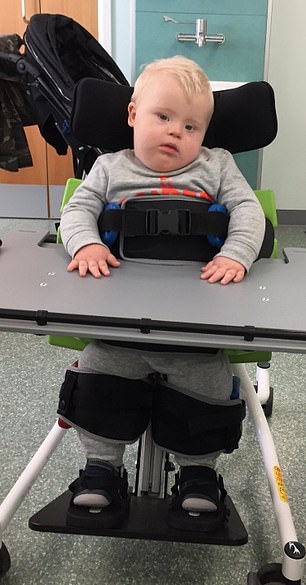 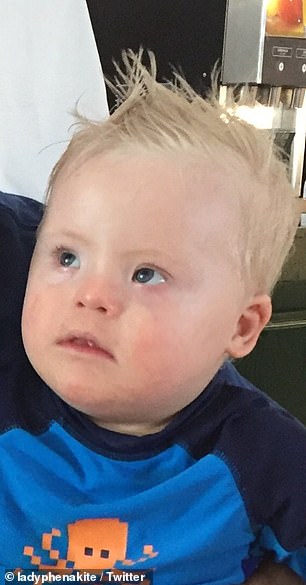 Hector has hypotonia, which is a state of low muscle tone, but now at two-and-a-half years old, he has started to talk and move more independently

Cheryl, a clinical reflexologist, said that from the start the doctors’ perception of the condition was negative.

And soon after the couple were told about their ‘options’ following the test results which included several nurses speaking about abortion during midwife appointments.

But the pair remained adamant that they wanted to keep the baby.

They said that they were never offered any type of counselling or given talks about ways to enhance their lives with a baby with Down’s syndrome.

Speaking to The Sun about her experience, Cheryl said that when she went for a scan at 38 weeks pregnant,  the sonographer said: ‘You do know we abort babies full term with Down’s syndrome.’

To which she replied: ‘I’ll pretend I didn’t hear that.’ 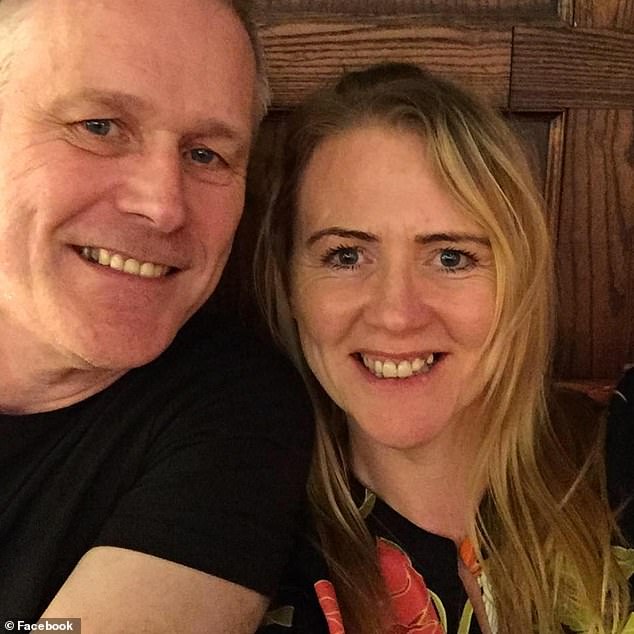 Cheryl went on to give birth to Hector who has hypotonia, which is a state of low muscle tone, but now, at two-and-a-half years old, he has started to talk and move more independently.

She has since hit out at the test by branding it as discriminatory and claimed that it ruined her pregnancy.

She has questioned why millions of pounds are being spent on the tests when people with the condition can still lead perfect lives.

She added: ‘These tests and the scary, negative way in which the results are currently framed are leading pregnant women to abort their much-wanted babies. 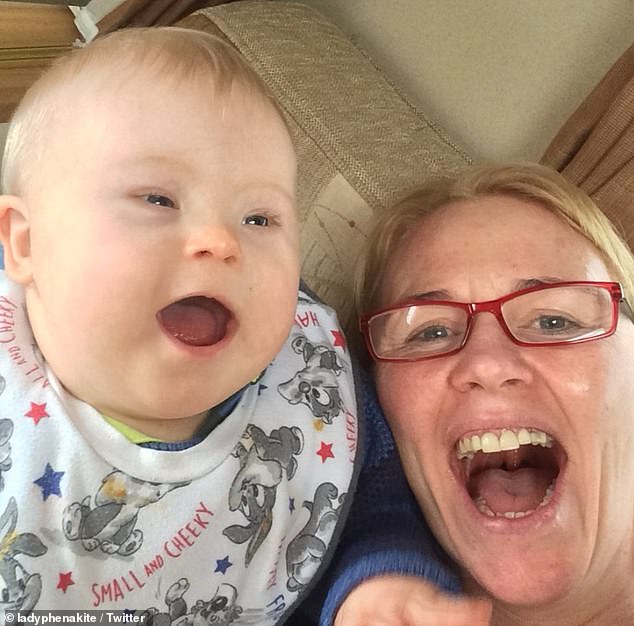 She has now hit out at the test by branding it as discriminatory and claimed that it ruined her pregnancy. Pictured: Cheryl and Hector

‘Now, having had Hector, I know there was nothing to be frightened of…

‘It breaks my heart to think that so many babies, like [him], could be robbed of their chance to live happy lives.’

One in every 1,000 babies in England is born with Down’s Syndrome which is caused by having an extra chromosome.

The test is now thought to have resulted in 30 per cent less babies with Down’s syndrome being born, according to figures from 26 hospital trusts in England.

It will soon be rolled out across all NHS hospitals.

WHAT IS DOWN’S SYNDROME?

Down’s syndrome is a genetic condition that typically causes some degree of learning disability and certain physical characteristics.

Screening tests can uncover Down’s syndrome during pregnancy but are not completely accurate.

It is caused by an extra chromosome in a baby’s cell due to a genetic change in the sperm or egg.

The risk increases according to the age of the mother.

A 20-year-old woman has around a one in 1,500 chance of having a baby with Down’s syndrome.

There is no evidence women can reduce their risk.

Down’s syndrome does not have a cure.

People with Down’s syndrome are more at risk of health complications such as heart disorders, hearing problems, thyroid issues and recurrent infections.