A motorist who fell asleep at the wheel before crashing his BMW into a dog walker had ignored his wife’s warnings not to drive because he was ‘too tired’.

Mr Seiles, 75, was left with catastrophic, life-changing injuries, needed 24-hour care and had changed so much for the worse that he had been ‘lost’ to his family, Grimsby Crown Court heard.

The retired builder had been walking his dog Boycie on a pavement near to a post office at around 3.55pm when Mapplebeck’s BMW began to drift across the road.

His car crossed the carriageway and careered over a grass embankment and onto the pavement. It knocked down Mr Seiles, sending him into the air and causing serious injuries.

A doctor who had been driving in front of the car saw what happened in his rear view mirror and stopped to help. Mapplebeck later told him: ‘I have fallen asleep.’

It was said Mapplebeck, who was returning from a day trip to York, had been warned by his wife not to drive. He later told her ‘I’m really sorry, darling’ and admitted he should have heeded her advice and let her drive instead of him before the accident.

His behaviour had changed and he had suffered problems with aggression, communication and changed personality. 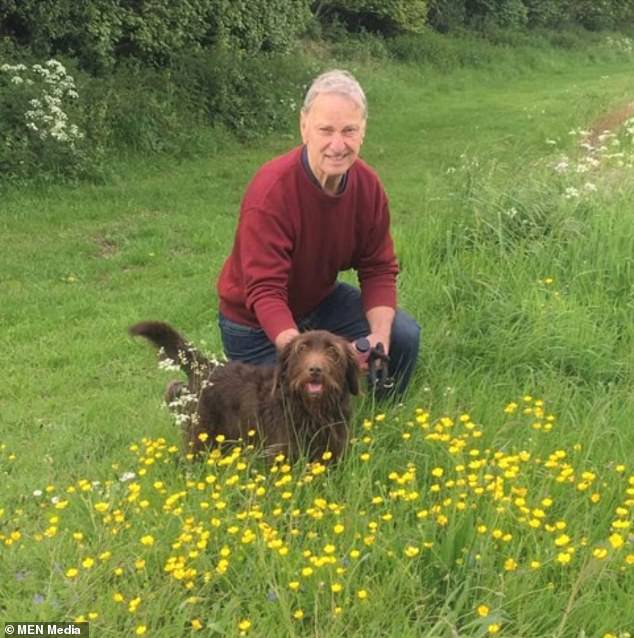 Tom Seiles (pictured) was left with catastrophic life-changing injuries, needed 24-hour care and had changed so much for the worse that he had been ‘lost’ to his family, a court heard

Pauline Robinson, his partner of nearly 20 years, later said: ‘We have lost the Tom we all knew. I cry every day at this thought.’

Her daughter Hayley spoke of the ‘heartbreak’ for the family and said: ‘Life as we know it will never be the same.

Richard Dawson, mitigating, said: ‘This is a tragic case. It is particularly tragic for Thomas Seiles and his family and for his friends.

‘Their lives inevitably have been devastated by the consequences of the collision.’

Mapplebeck had no previous convictions and a clean driving record. He was a keen driver and a classic car enthusiast.

‘He stopped at the scene,’ said Mr Dawson. ‘He rang 999 and sought to assist as best he could. He has at all stages expressed genuine regret and remorse for the events of that day and shown real insight into the consequences of his driving – poor driving as it turned out.’

After the accident, a diagnosis of obstructive sleep apnoea syndrome was made on July 2 last year. 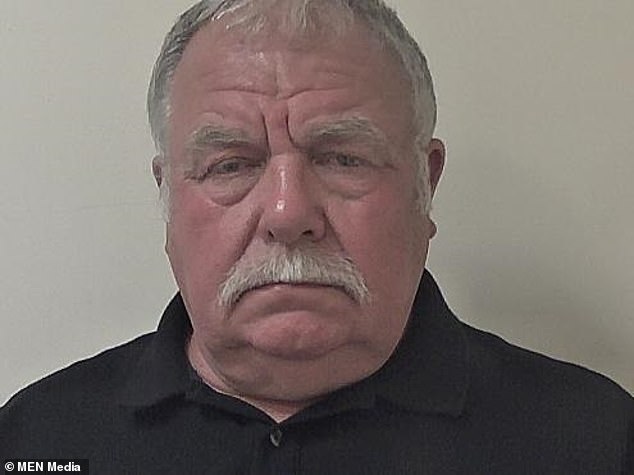 ‘He accepted that he had fallen asleep,’ said Mr Dawson. ‘He did not feel particularly tired. He did not have those obvious warning signs that he was about to succumb to sleep.’

There was a ‘short burst of sleep’ before the accident but there was no suggestion of speeding, aggressive driving, use of drink or drugs or distraction from a mobile phone.

Judge David Tremberg told Mapplebeck: ‘Catastrophic harm has been caused. You fell asleep at the wheel.’

Mapplebeck had told his wife afterwards that he should have listened to her and should have swapped with her for driving.

‘It’s a matter of pure chance that the dangerous driving that you admitted did not cause fatal harm,’ said Judge Tremberg.

Permanent, catastrophic, life-changing harm had been caused to every aspect of the victim’s life through the ‘disastrous results’ of the accident.

‘He needs constant care,’ said Judge Tremberg. ‘His life has been devastated. The harm that you have caused has been, and will be, deep-seated and enduring.

‘You fell asleep at the wheel. You were too tired to drive. You should have stopped. You had been warned by your wife and you failed to heed that warning.’

Mapplebeck was jailed for a year and was banned from driving for three-and-a-half years. He must pass an extended retest.