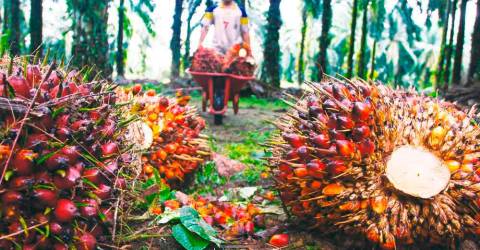 KUALA LUMPUR: The secretary-general of the Ministry of Plantation Industries and Commodities (MPIC) Datuk Ravi Muthayah is leading the Malaysian delegation to Geneva in Switzerland for a “first substantive meeting” in relation to Malaysia’s action on the European Union (EU) over the issue of palm oil discrimination.

According to MPIC’s Facebook posting, the action taken by Malaysia was through a dispute resolution mechanism under the World Trade Organisation (WTO).

“The dispute settlement meeting will last four days, from May 10-13,” it said.

The ministry said Malaysia had asked for negotiations with the EU, France, and Lithuania on Jan 15, 2021 over actions taken by the EU in relation to palm oil and biofuels from Malaysia.

Recently, Minister of Plantation Industries and Commodities Datuk Zuraida Kamaruddin had said her ministry would meet with the EU in May to talk about forced labour and palm oil issues; however, MPIC has yet to get a meeting with the US Customs and Border (US CBP) agency over the same matter.

Malaysia filed a case last year with the WTO over discrimination against palm oil by the EU and its member countries through a mechanism called Dispute Settlement 600.-Bernama