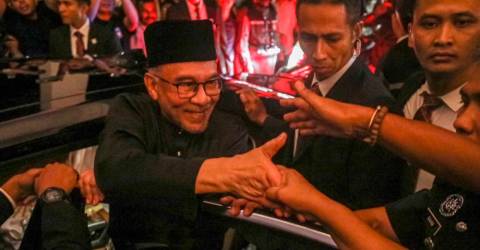 He was responding to a congratulatory message from Somalia’s president, Hassan Sheikh Mohamud on his appointment as Malaysia’s 10th prime minister on Twitter.

“Thank you President @HassanSMohamud for your kind wishes. MaIaysia too is keen to enhance ties with Somalia, to realise mutually beneficial gains for our two brotherly countries,” Anwar tweeted.

Mohamud had expressed interest in enhancing bilateral relations between the two countries in his congratulatory tweet to Anwar.