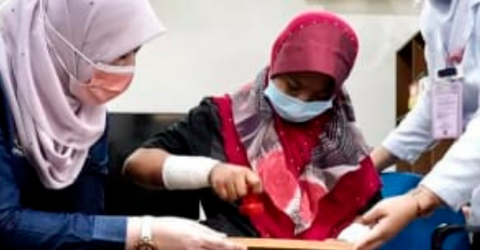 THE Women, Family and Community Development Minister Datuk Seri Rina Harun got herself slammed by netizens who were unhappy with her silence over the alleged abuse case involving a 13-year-old girl with Down Syndrome.

Rina recently took to her social media pages to announce that her ministry will be involved in any developments in Bella’s case and that they were prepared to face Johor Crown Prince Tunku Mahkota Johor (TMJ), HRH Major General Tunku Ismail Ibni Sultan Ibrahim.

However, her message of support took a hit after plenty of netizens were unhappy with her message as to what took her this long to finally look into the matter.

Some netizens even claimed that Rina had only stepped in after TMJ called her out on it.

Rumah Bonda founder Siti Bainun Ahd Razali, 30, has pleaded not guilty to two charges of neglecting and abusing the teenager, who has Down syndrome, to the point of injury and emotional trauma.

The case has attracted a great deal of attention nationwide due to the severity of the alleged abuse.