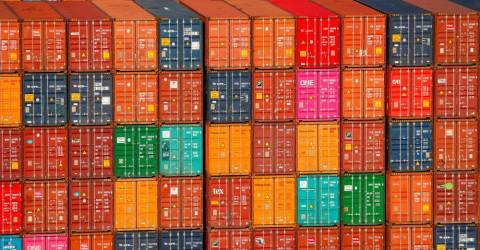 KUALA LUMPUR: Malaysia’s wholesale and retail trade sales in October 2021 returned to the highest level seen on record, rebounding 5.4 per cent year-on-year to RM116.4 billion, according to the Department of Statistics Malaysia (DoSM).

Chief statistician Malaysia Datuk Seri Dr Mohd Uzir Mahidin said the increase was attributed to the wholesale trade sub-sector which continued to record a positive growth of 4.4 per cent or RM2.4 billion to register RM55.8 billion in October 2021.

For month-on-month comparison, he said sales value of wholesale and retail trade increased 7.7 per cent, supported by the reopening of various economic sectors and interstate travels from Oct 11.

On sub-sectors’ performance, Mohd Uzir said the wholesale trade sub-sector growth of 4.4 per cent in October was supported by wholesale of food, beverages and tobacco which grew 10.6 per cent or RM1.1 billion to RM11.2 billion.

“This was followed by other specialised wholesale with 5.1 per cent to record RM22.1 billion,” he said.

“For month-on-month comparison, sales of this sub-sector went up 5.3 per cent,” he explained.

On the retail trade sub-sector, he said the increase of 5.1 per cent was attributed to retail sales in non-specialised stores which registered an increase of 8.2 per cent or RM1.3 billion to RM17.2 billion.

However, he noted that retail sales in specialised stores remained negative for a fifth consecutive month at -3.9 per cent.

“For monthly comparison, retail trade went up 4.8 per cent with all groups in this sub-sector posting positive growth,” he said.

Mohd Uzir also said the 10.2 per cent growth in the motor vehicles sub-sector for the month was attributed to sales of motor vehicles which rebounded 25.5 per cent or RM1.8 billion to RM9.1 billion.

In terms of volume index, wholesale and retail trade registered a year-on-year growth of 1.3 per cent.

He added that the expansion was attributed to motor vehicles which rose 7.0 per cent, followed by retail trade with 2.2 per cent.