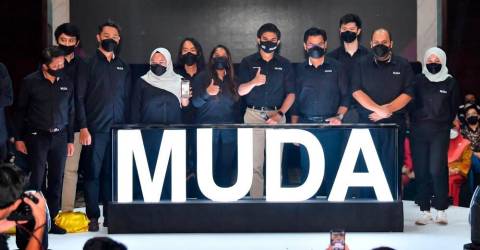 Amira Aisya, who is also Muda elections director, said the party hoped to contest about 15 seats, with one of the candidates being the party president, Syed Saddiq Syed Abdul Rahman.

“This means that there are still matters to be resolved between Muda and PH. We will speed up these discussions in two to three days and will have more meetings with PH on a few more seats.

“When everything is settled, we will make an announcement through all the media, the seats we will be contesting,“ she said when met at the PKR headquarters, here, yesterday.

Amira Aisya said she was trying her best to settle the seat issue to ensure a successful electoral pact.

“For now, the other 30 per cent are overlapping seats and we (Muda) have not asked for the incumbent seats (from PH). If there is any overlapping, we will do our best to resolve it,“ she added.1 – Bernama