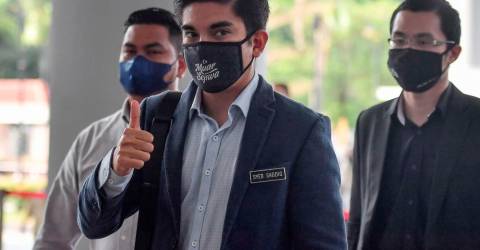 Syed Saddiq said the main objective of the party is to give added value to the opposition in GE15 and not only to solely win seats.

“We (MUDA) are not looking at the Parliamentary seat of a constituency, in fact we are looking at all Parliamentary seats in every state including Sabah and Sarawak. We also have a strong team in Borneo, so we are fielding candidates there,” he told a media conference after the MUDA Election Conference here today.

The Muar MP said MUDA’s offer for GE15 was to feature credible candidates, raise the leadership of women and young people and bring progressive ideas to Malaysians

Asked on the position of MUDA in Pakatan Harapan (PH), he said unofficial discussions between MUDA and PH leadership began after the Johor state election in March.

He added that MUDA is currently waiting for the official negotiation with PH Presidential Council to discuss on the participation of the party in PH.

“MUDA’s decision to collaborate with PH is based on the similar values and principles,“ he said.

He said MUDA is ready to work together with partners who share the same principles, uphold multiracial and religious leadership as well as basic politics and to serve the people. – Bernama