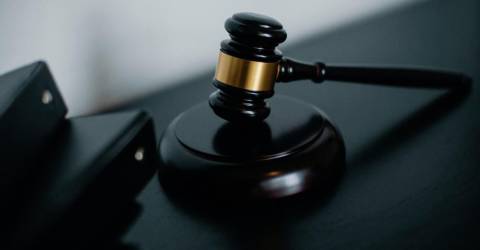 “The court has also set further case management on May 24, 2022, which will take place online,“ he said, adding that today’s proceedings were joined in by lawyer Hayden Tan Chee Khoon representing Muhyiddin, and lawyer Mohamed Baharudeen Mohamed Ariff acting on behalf of Mohd Puad.

Through a writ of summons filed in his personal capacity, Muhyiddin claimed that on Feb 8 this year, Mohd Puad had published a post on the Facebook page under the name ‘DrPuad Zarkashi’ entitled ‘Kuarantin pun ada dua darjat?’ (There are double standards even for quarantine?).

Muhyiddin claimed that the post, which was made while he was the prime minister, was accessible to Internet users around the world, and had gotten 1,200 reactions, 215 comments and 182 shares.

He claimed the post referred to him as ‘PM’, which was an acronym for Prime Minister, and contained untrue, inappropriate, baseless and malicious statements, which were slanderous against him.

Muhyiddin further claimed that the statement implied that he and his entourage refused to undergo quarantine for 10 days after returning from an official visit to Jakarta, Indonesia. — Bernama