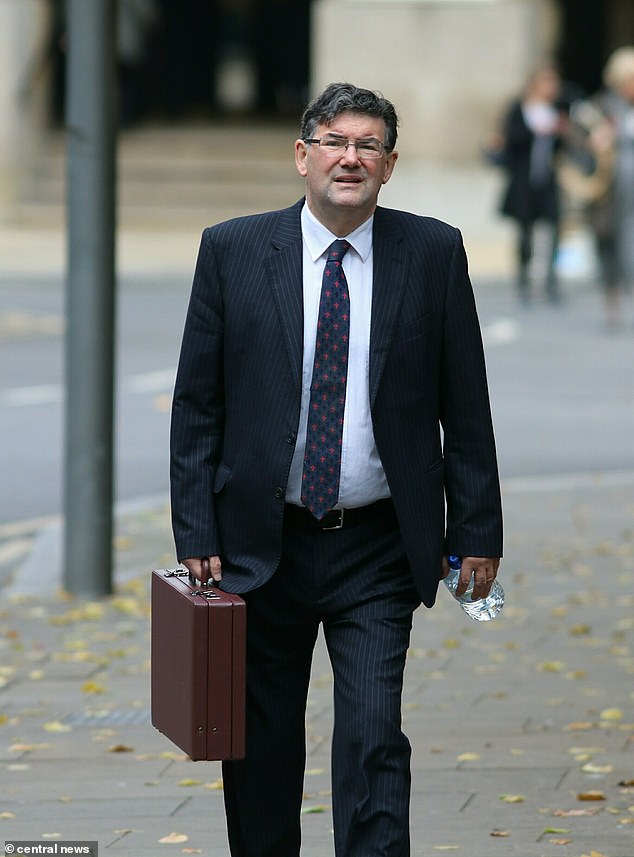 A multi-millionaire who sold a bogus ‘wonder drug’ as a ‘cure’ for cancer and HIV faces the seizure of his private jet and luxury cars after he was ordered to repay £1.3 million.

Former UKIP leadership candidate David Noakes, 67, of Waldershare, Dover, was jailed for 15 months in November 2018 for his role as a ‘central figure’ in an organisation manufacturing and selling the drug, GcMAF.

His company Immuno Biotech claimed that the miracle drug made from human blood could cure cancer, autism, and AIDS.

The Guernsey-based firm sold the product through its website to an estimated 10,000 people.

But after being convicted of money laundering and the manufacture and sale of unlicensed medicines, Noakes now faces the seizure of his aircraft, boat, Aston Martin, Rolls Royce and Guernsey bank accounts.

David Noakes, 67, was jailed for 15 months in November 2018 for his role as a ‘central figure’ in an organisation manufacturing and selling the drug, GcMAF

GcMAF was sold through various European websites which UK buyers would have had no difficulty accessing, a Medicines and Healthcare products Regulatory Agency investigation found.

Production was stopped in January 2015 because of intervention by the MHRA, and a seizure of more than 10,000 vials took place, which Noakes could have sold for £5.5 million.

Former UKIP leadership candidate Noakes made more than £13 million from the sale of GcMAF between 2011 and 2015.

The confiscation order for £1,349,400 means the identified assets will be realised and paid to the Home Office for distribution under the Proceeds of Crime Act incentivisation scheme.

Southwark Crown Court had heard how Noakes spent a total of £992,000 on three private planes, including ‘the world’s smallest jet’, which he claimed he needed while running Immuno Biotech on the Channel island.

Noakes also spent £60,000 on classic cars including an Aston Martin and a Rolls Royce.

MHRA Head of Enforcement, Andy Morling, said: ‘Our investigation team has worked relentlessly to bring David Noakes and his associates to justice and today’s decision to deny him the proceeds of his criminality is welcome. 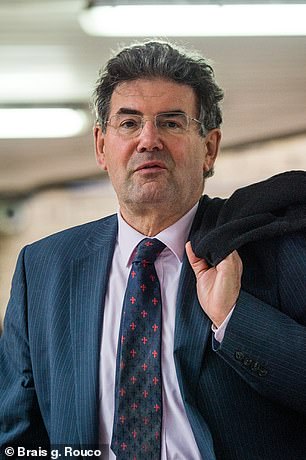 After being convicted of money laundering and the manufacture and sale of unlicensed medicines, Noakes now faces the seizure of his aircraft, boat, Aston Martin, Rolls Royce and Guernsey bank accounts

‘Noakes put public health at risk through the unlicensed manufacturing and sale of GcMAF products, which were not fit for human consumption or for use as medicines.

‘To get the best advice in relation to your health, visit your GP or other health professional, get a correct diagnosis and always buy medicines from a legitimate high street or registered pharmacy.

‘To stay safe when buying medicines online, always buy from a registered website.

‘Avoid dodgy online providers, suspicious URLs and beware of unrealistic claims which can expose you to unlicensed medicines, or even identity theft and fraud.

‘Patient safety is our highest priority and we will continue to track, prosecute and remove assets from criminals who exploit public health for their own gain.’

Noakes was jailed for 15 months in November 2018 after admitting four charges relating to the manufacture, sale and supply of an unlicensed medicine, and one count of money laundering.

His ex-wife Loraine Noakes, 59, of Ringwood, Hampshire, was handed a suspended jail sentence after she admitted two counts of selling or supplying medicinal products without market authorisation.

Noakes now faces extradition to France over allegations he moved his business to Normandy in 2015 after his British operation was shut down following a raid by the medicines regulator.

He went on the run after failing to report to Bournemouth police station last December.

Noakes was finally arrested on May 20 in Truro, Cornwall, after a tip off by a member of the public.

‘Following information received from a member of the public, he was arrested in the Truro area of Cornwall by officers from Devon and Cornwall Police on Wednesday 20 May 2020 and has been recalled to prison,’ the force said in a statement.

The European warrant for Noakes’s arrest relates to the sale and distribution of the cancer drug GcMAF from France.