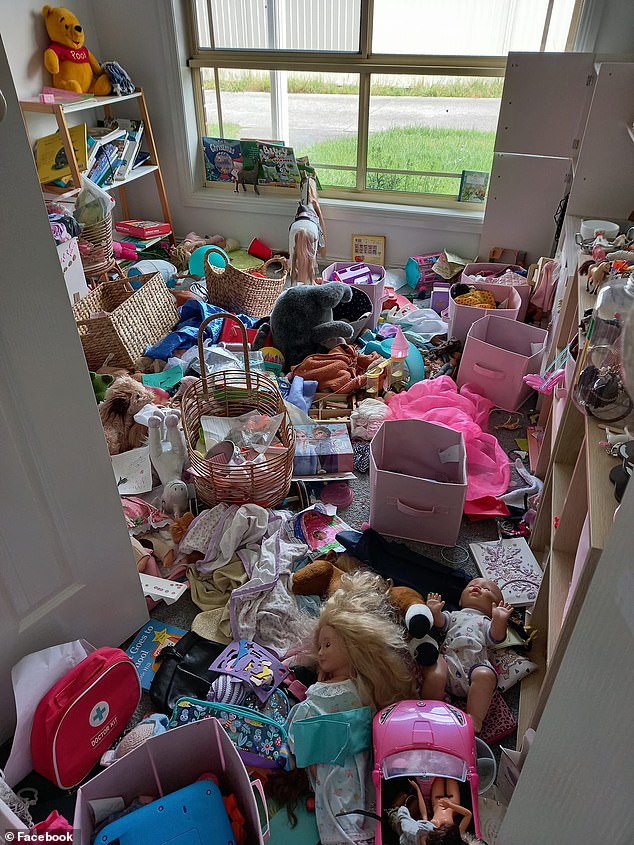 
A mum has been accused of ‘spoiling her daughter rotten’ after sharing a photo of her out of control toy room.

The woman posted a photo asking for help to calm the chaos of the youngster’s messy play space – but her plan back fired.

Instead of helping her come up with ways to make the young girl keep her things tidy people took aim at the busy mum.

‘Never would have gotten away with this as a child from the 80s,’ one mum critiqued.

‘Just down size a little, teach gratitude & respect for belongings as not all children have this many toys.’

‘If you give them too much they expect too much they’ve got to be creative with a little amount kids are too spoiled these days and expect the world without having to do a thing,’ said another.

The derisive photo shows a large room piled with mountains of toys, stuffed animals and books.

Shelves lining the room appeared to be full too – with the mess covering so much of the room it was hard to tell what colour the carpet was.

The huge toy display was labelled as excessive and overwhelming by many mothers.

‘They don’t need much. So much clutter is as overwhelming for children as it is for us. When she outgrows something we put it in a box in the shed or donate it,’ one woman said.

Some people did try to help, giving her ideas to control the huge pile of toys. 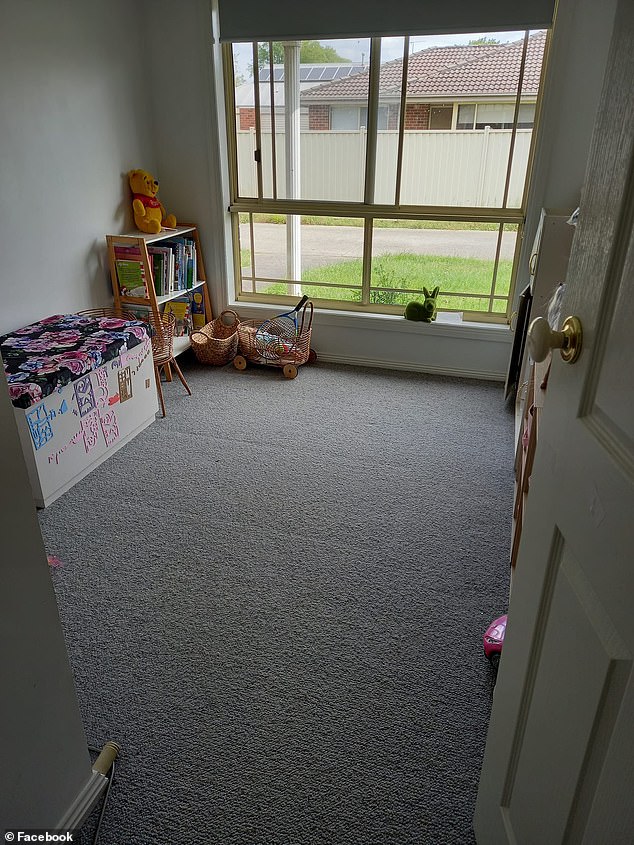 ‘I always rotated the toys. I’d keep out a few things and pack away the rest. Then every now and then when I felt it was time I’d swap toys out. That way it was less mess and toys never got boring,’ another said.

Hundreds of mums commented on the post which was later edited to reveal she had listened to the strong advice.

‘We cleaned it up. It took a whole day in hours. Two massive bags to the op shop. My red bin in full to the brim,’ she wrote.

‘She has next to no toys left but that’s what she needs. Christmas is around the corner,’ she said, hinting the room would be full again soon.

Other parents admitted they struggle with the same issue with their kids.