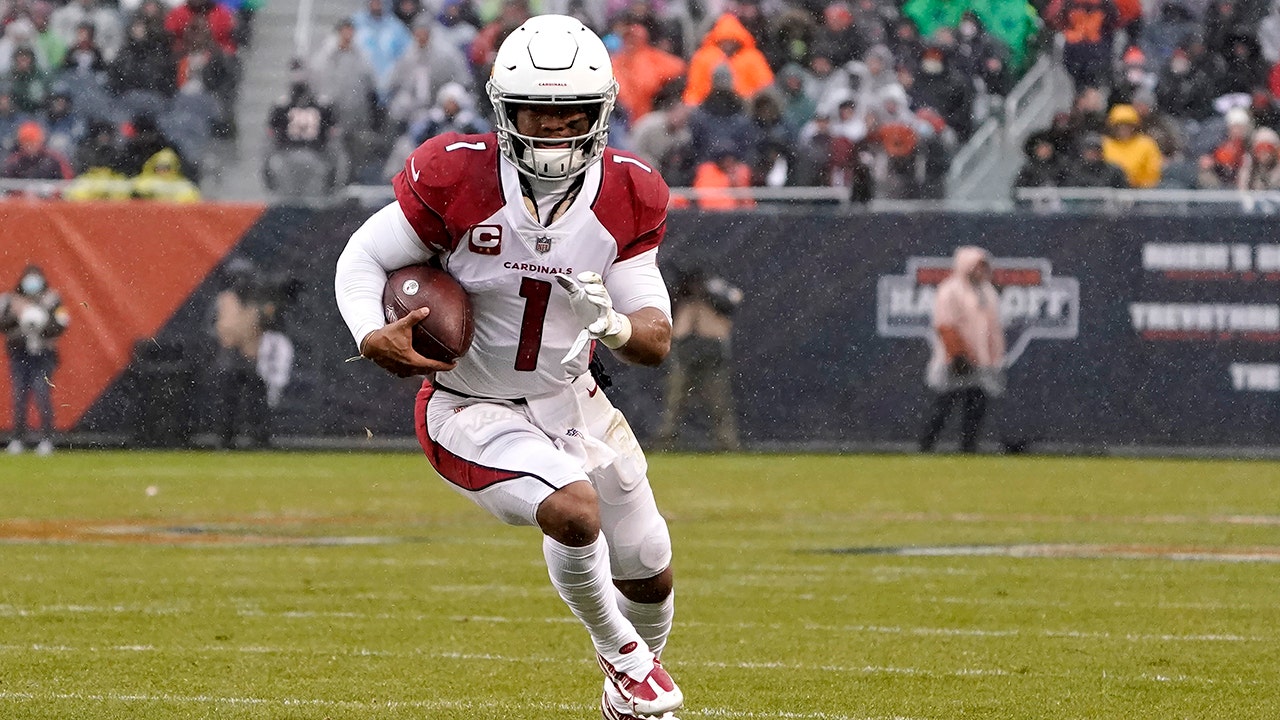 Kyler Murray threw for two touchdowns and ran for two more in his return from an ankle injury, and the Arizona Cardinals beat the struggling Chicago Bears 33-22 on Sunday.

The Cardinals (10-2) got back Murray and three-time All-Pro receiver DeAndre Hopkins after both players missed three games because of injuries, then rolled to an easy victory over Chicago (4-8). The NFC West leaders, who have the NFL’s best record, intercepted Andy Dalton four times.

The Cardinals, who were coming off a bye, improved to 7-0 on the road, with each win by 10 points or more.

Jalen Thompson and Budda Baker picked off passes that deflected off the intended target on Chicago’s first two possessions. The Cardinals took advantage, with Murray connecting with Hopkins for a 20-yarder and scrambling 9 yards to the end zone. He also threw a 21-yard TD to James Conner in the second quarter to make it 21-7, sending Chicago to its sixth loss in seven games.

Murray also joined Cam Newton as the only players in NFL history with at least 10,000 yards passing and 1,500 rushing in his first three seasons.

Dalton, making his second straight start with Justin Fields sidelined because of broken ribs, matched a career high for interceptions. He was 26 of 41 for 229 yards and two touchdowns.

The early interceptions by Thompson and Baker helped put Arizona in control.

Murray and Hopkins connected for a 20-yard touchdown on fourth down after Thompson picked off a short pass in Chicago territory that deflected off receiver Jakeem Grant’s hands.

The Bears were threatening on their next possession, only to have Baker intercept a pass that hit off Cole Kmet’s chest and return it 77 yards to the 15. That led to the 9-yard touchdown scramble by Murray to make it 14-0.

Chicago orchestrated a 77-yard drive that lasted nearly eight minutes, with David Montgomery scoring from the 1. But the Cardinals answered. Conner, aided by Xavier Crawford’s missed tackle, turned a short pass by Murray into a 23-yard touchdown to make it 21-7.

Neither team reported an injury.