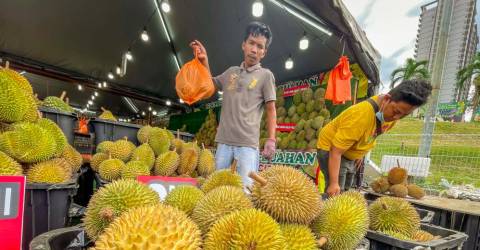 PETALING JAYA: Durian skins and seeds from ‘Musang King’ and ‘Black Thorn’ breed have been reprocessed, with some imported to foreign countries, Sinar Daily-skins-seeds-selling-fast-abroad reports.

“I have discussed with the Veterinary Service Department on ways to generate income from the durian skins and based on the research done, they found that durian skins were suitable to be used as food for cows.

“For durian seeds, there is a high demand from Thailand and we managed to get an export permit to the country,“ he was quoted saying by Sinar Harian at Pengkalan Hulu on Sunday.