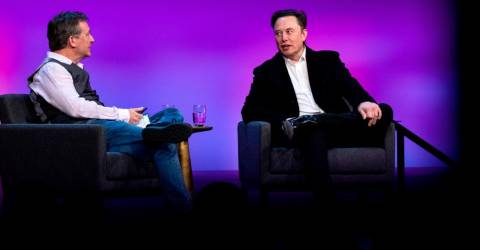 The proposal faces uncertainty on multiple fronts, including possible rejection and the challenge of assembling the cash, but could have wide-reaching impacts on the social media service if consummated.

Musk cited the promotion of freedom of speech on Twitter as a key reason for what he called his “best and final offer”, and which the firm’s board said it was reviewing.

“My strong intuitive sense is that having a public platform that is maximally trusted and broadly inclusive is extremely important to the future of civilisation,” he said in his first spoken comments after the offer was revealed in a regulatory filing.

The world’s richest person offered US$54.20 a share, which values the social media firm at some US$43 billion, in a filing with the Securities and Exchange Commission made public yesterday.

Musk told a conference in Canada that he was “not sure” he would succeed and acknowledged a “plan B” but refused to elaborate, though in the filing he noted a rejection would make him consider selling his shares.

Musk last week disclosed a purchase of 73.5 million shares – or 9.2% – of Twitter’s common stock, an announcement that sent its shares soaring more than 25%.

Musk said he “could technically afford” the buyout while offering no information on financing, though he would likely need to borrow money or part with some of his mountain of Tesla or SpaceX shares.

Despite saying he wanted to take the company private, he said the firm would keep up to 2,000 investors – the maximum allowed.

Some investors have already spoken against the proposal, including businessman and Saudi Prince Alwaleed bin Talal.

Twitter’s board said it would carefully review what it termed Musk’s “unsolicited, non-binding” offer and decide on a course of action that was “in the best interest of the company and all Twitter stockholders”.

Reuters, quoting a source familiar with the matter, reported Twitter CEO Parag Agrawal sought to reassure employees during an all-hands meeting yesterday that the company was not being “held hostage” by news of Musk’s offer to buy the company.

As Agrawal took questions from staff that were posted on the company’s Slack messaging service, he encouraged employees to remain focused and told them “we as employees control what happens”, said the source, who did not want to be identified because they were not authorised to speak publicly on the matter.

Agrawal told staff that the board was continuing to review Musk’s offer, but that he was limited in what he could share with the employees.

In one section of the question-and-answer session, one employee asked how the company arrived to the decision to offer Musk a board seat.

“Are we just going to start inviting any and all billionaires to the board?” according to a section of the meeting heard by Reuters.

Agrawal responded that the board was acting in the best interest of shareholders.

“I have a strong point of view that people who are critical of our service, their voice is something that we must emphasise so that we can learn and get better,” he said. – AFP, Reuters