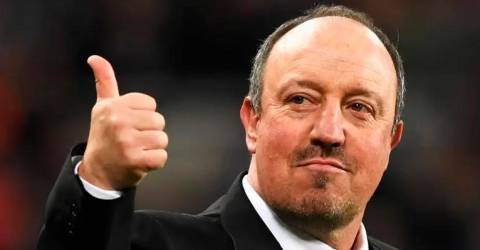 LONDON: Everton fans were already feeling chastened after watching Liverpool sweep up accolades in recent years – but their 4-1 defeat by their city rivals on Wednesday stretched their already-tense relationship with boss Rafa Benitez (pix) potentially to breaking point.

Several UK bookmakers on Thursday had the Spaniard, appointed in the close season to succeed Carlo Ancelotti, as the favourite to be the next Premier League manager to be sacked, with six clubs already changing coaches this season.

Benitez’s arrival at Goodison Park was met with a frosty reception due to his illustrious past with Liverpool, where he notably won the Champions League in 2005.

The 61-year-old pledged to help Everton achieve their lofty ambitions, but so far his side have slipped to 14th in the league standings, five points above the relegation zone. Their defence is incredibly porous, with 24 goals conceded in 14 matches.

Wednesday’s derby defeat drew the ire of fans with some invading the pitch and remonstrating with players at the final whistle, while many also left early. Many of those who remained chanted ‘sack the board’.

British-Iranian businessman Farhad Moshiri arrived at Goodison in 2016 but has little to show for more than £500 million (RM2.8 billion) spent in transfer fees since then.

The Everton owner was quoted as saying in a text message to radio station talkSPORT on Thursday that he has full confidence in Benitez to turn things around and a former player under the Spanish coach backed the manager to win fans over.

“If he (Benitez) gets the time he can definitely turn it around but obviously yesterday’s result is not gonna help him and it’s not only about Rafa, it’s also about the board and directors,” former Liverpool striker Dirk Kuyt told the BBC.

“It sounds strange for a Liverpool man to say but hopefully they can change things around because I think especially Rafa deserves better results over there.”

With no wins in eight matches in the league, Benitez faces a defining December with games coming thick and fast, beginning with a home clash against Arsenal on Monday (Tuesday 4am Malaysian time).

They then face Crystal Palace (Dec 13), Chelsea (Dec 17) and Leicester City (Dec 19) after that in a daunting run before Christmas Day.

If they don’t improve in that time, it will certainly be a blue Christmas for one half of Merseyside and Everton may be looking for their sixth manager in five years. – Reuters