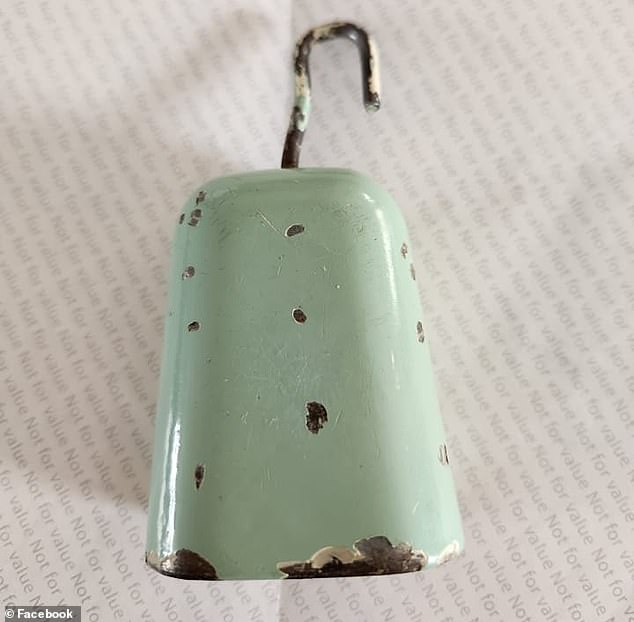 ‘Mystery object’ leaves hundreds stumped after shopper spots it in a secondhand store: ‘What in the world is this?’

Hundreds of thrift-shoppers have been left confused over a woman’s op-shop find, despite the buy being a common purchase 70 years ago.

The savvy shopper posted a picture of her ‘random purchase’ on a Facebook group, asking people to help her figure out what it was.

‘Mum and I came across this and we are not sure what it is. It’s very heavy and solid,’ she said alongside a picture of the mint-green metal mystery object.

The curious object was later identified as a weight for a retro knitting machine.

Hundreds of thrift-shoppers have been left confused over a woman’s op-shop find, despite the buy being a common purchase 70 years ago 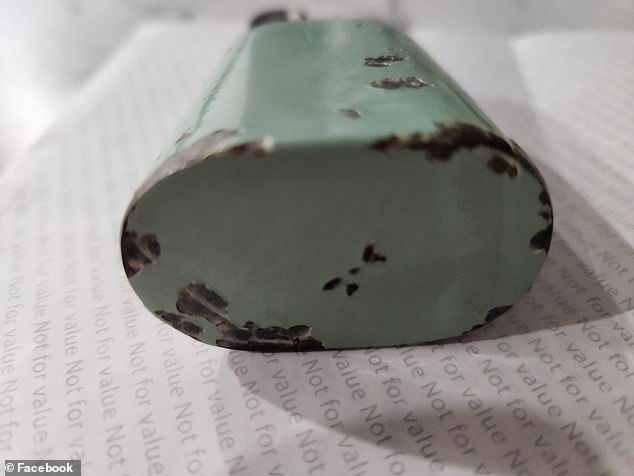 And people were quick to help – offering guesses ranging from an old cowbell to table weights.

‘It looks like a cowbell,’ said one woman after 25 people had already shared the same wrong response. 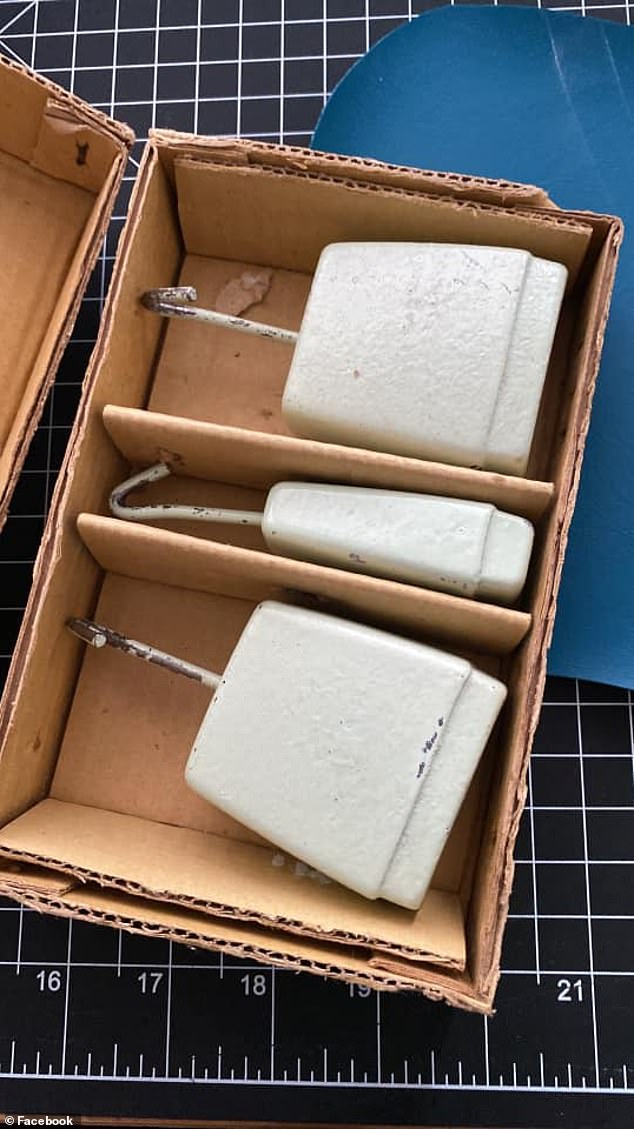 ‘I think it is a door stop,’ another suggested, incorrectly.

Those in the know later explained that it was an accessory for an old Singer knitting machine.

‘It’s a weight for a knitting machine. Used for when doing rib bands,’ one woman said.

‘Childhood memory unlocked of these hanging off the bottom of things mum was knitting on her machine,’ wrote one woman.