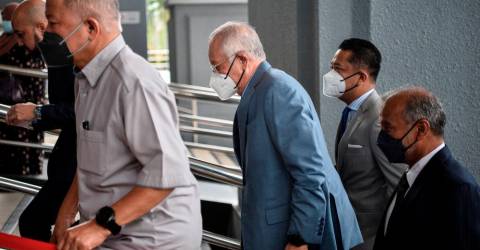 The report quoted Ahmad Husni saying Najib told him not to “interfere anymore in 1MDB” some time in 2010 when he raised the issue of a US$700 million payment to Good Star Limited, a firm that had no business links to 1MDB.

“I also told him before (the issue of the US$700 million payment) that 1MDB should not have entered into the joint venture with PSI (PetroSaudi International Ltd) in 2009 as there was no oil well yet and we would have lost money.

“But he (Najib) told me not to interfere. It showed that the power was with him,” he reportedly said when re-examined by lead prosecutor Datuk Seri Gopal Sri Ram.