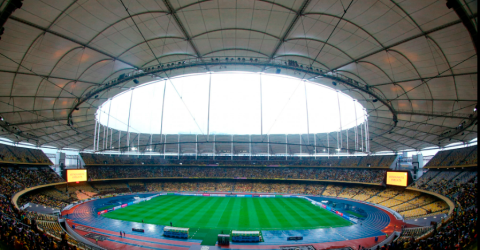 KUALA LUMPUR: The National Stadium in Bukit Jalil has again been chosen to host this year’s Malaysia Cup final on Nov 26.

Malaysian Football League (MFL) chief executive officer Stuart Ramalingam said they picked the National Stadium to host the 96th edition of the Malaysia Cup final as it is considered a neutral venue that can accommodate a huge number of supporters and has the best facilities, thus capable of ensuring their comfort and safety.

“Apart from that, we also took into account the quality of the playing field and I believe that PSM (Malaysia Stadium Board), with its experience in handling previous finals, will make thorough preparations in terms of field maintenance ahead of the final on Nov 26,” he said in a statement today.

Stuart also said that although the MFL would have to deal with an increase in organising costs, the ticket prices for the Malaysia Cup 2022 final would remain the same as in this year’s FA Cup final on Sept 10, with the cheapest tickets costing RM50 and RM70 for general admission, RM150 for premium grandstand and RM200 for the VIP grandstand.

He said the ticket sales would be determined by the finalists as usual because this way the number of tickets can be equally and fairly allocated to each club for sale to their supporters.

“The MFL decided to retain the ticket prices by taking into account the success of hosting the 2022 FA Cup final, which enjoyed a very good response from those who turned up at the stadium.

“I believe that the four-tier ticket price will give supporters from both finalists more options,” he said.

In the semi-finals, first-leg ties, JDT edged Sabah 1-0 at the Likas Stadium in Kota Kinabalu on Tuesday (Nov 15) while Selangor defeated TFC 3-1 at the Petaling Jaya City Council Stadium yesterday.

In the return-leg ties, JDT and Sabah will clash at the Sultan Ibrahim Stadium in Iskandar Puteri on Sunday (Nov 20) while TFC and Selangor will battle it out at the Sultan Mizan Zainal Abidin Stadium in Gong Badak on Monday (Nov 21).-Bernama