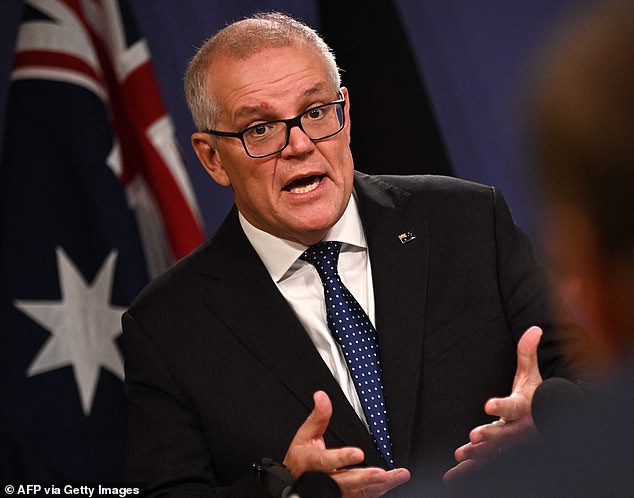 Scott Morrison is under fire from two of his senior female colleagues over the ‘minister for everything’ scandal, facing accusations he showed ‘complete disrespect’.

Former Home Affairs Minister Karen Andrews has called for him to resign as an MP after it emerged he secretly swore himself into five ministerial portfolios.

On Thursday it was reported Mr Morrison finally called her to apologise for secretly sharing her job, a day after he said sorry to the male ex ministers he had offended.

The Liberal-National Coalition agreement outlines how many ministers must be from each party.

‘Our coalition arrangements are a negotiated outcome and they include a ratio of cabinet portfolios in a coalition government,’ she told ABC Radio National on Thursday.

‘By essentially removing the authority of one of those ministers and giving it to a Liberal minister… (he) breached the coalition agreement.

‘It showed complete disrespect for the second party of government… the National Party would not have agreed with having one of its ministers removed.’

Mr Morrison secretly appointed himself to the finance, treasury, health, home affairs and resources portfolios between March 2020 and May 2021.

Ms Andrews on Thursday morning said he had not called her to apologise after secretly swearing himself into her home affairs portfolio.

‘I understand he has made a broad apology to his colleagues and I’m fine with that, it’s not an issue,’ she told Sky News on Thursday.

It was later reported that Mr Morrison eventually phoned her to say sorry. 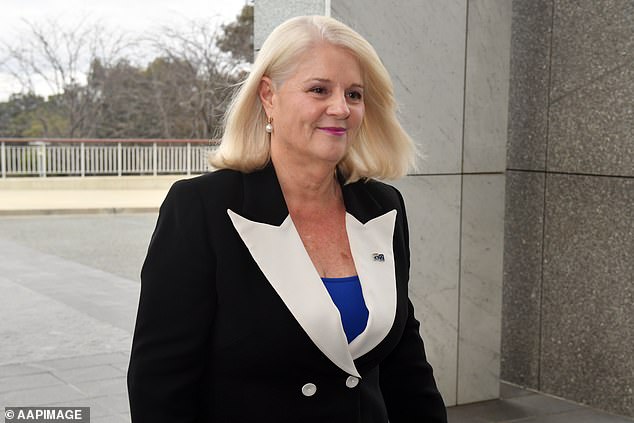 Mr Morrison had earlier apologised to Josh Frydenberg and Mathias Cormann for keeping his appointments to their portfolios secret.

Ms Andrews is steadfast in her calls for the former prime minister to resign after he addressed the media on Wednesday, saying he took over the five portfolios in secret in the national interest.

‘I made my statements a couple of days ago and I assure you I have not changed my views,’ she said.

‘It’s good we’ve had the line drawn in the sand by (Opposition Leader) Peter Dutton. He has made it clear that would not happen if he were to be elected.’

While Ms Andrews has no problem with contingencies being put in place, she says she does not understand the need for secrecy.

‘For me, transparency is incredibly important,’ she said.

‘If you put in place contingencies, that’s a good thing… but they needed to be done in a matter of good governance.’

Meanwhile, Governor-General David Hurley has revealed he had ‘no reason to believe’ Mr Morrison would not tell his colleagues about his new powers. 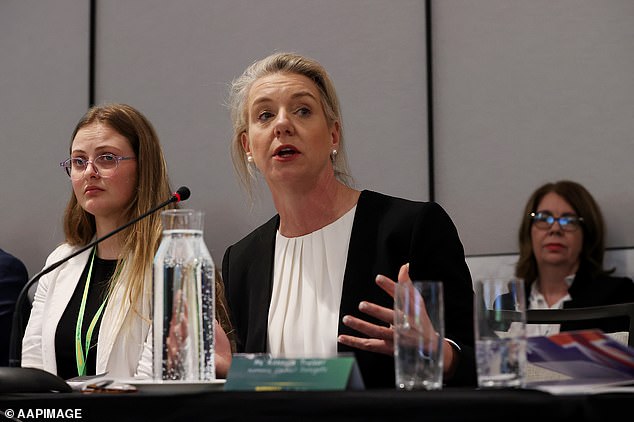 The blame falls at Mr Morrison’s feet and not with the governor-general, Labor frontbencher Chris Bowen says.

‘The governor-general was in a difficult position, he has to accept the advice of the government of the day,’ he told ABC Radio National.

Mr Morrison said on Wednesday he kept the roles confidential as he did not want to ‘undermine the confidence of ministers in the performance of their duties’.

He said he only used the extra powers once, to block a gas drilling project off the NSW coast.

Mr Morrison’s decision, made in 2021, is now the subject of a Federal Court appeal.

Prime Minister Anthony Albanese is seeking advice from the solicitor-general on whether his predecessor’s actions have legal implications.

Home Affairs Minister Clare O’Neil says her office is working to check for any other decisions that could have been made by Mr Morrison.