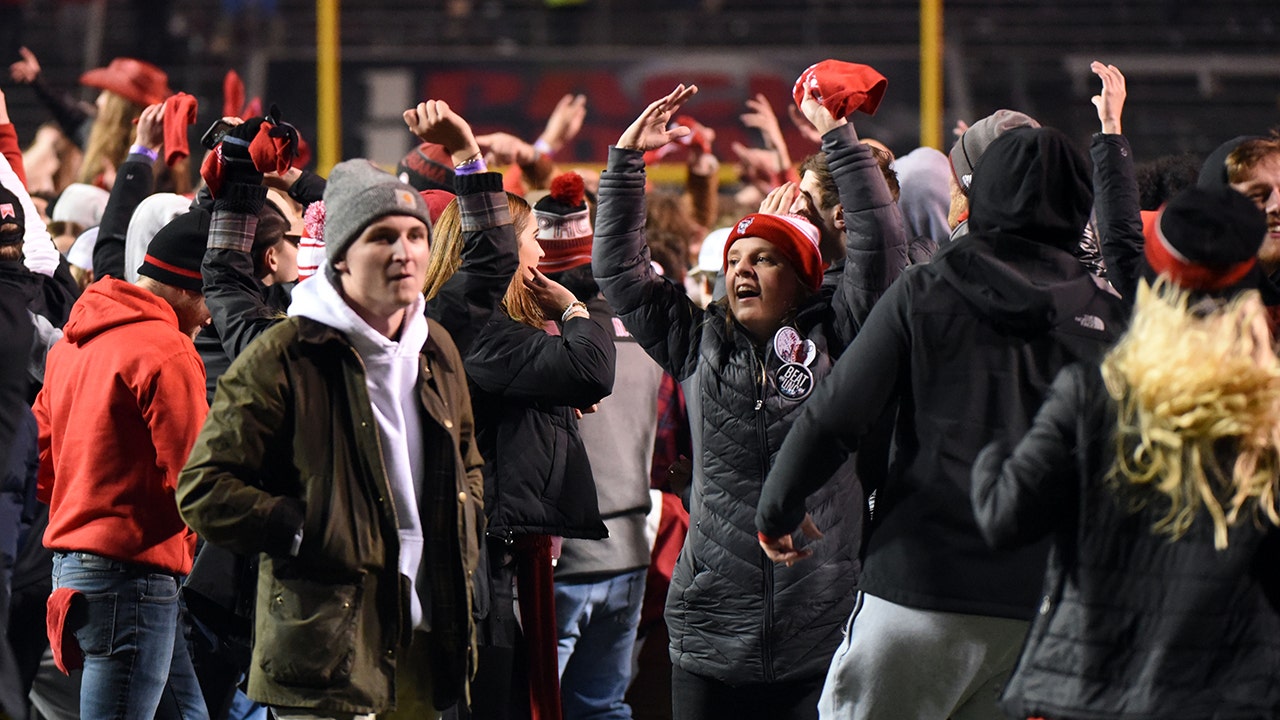 An overzealous North Carolina State football fan came away with a lot more than he bargained for when he was celebrating the Wolfpack’s rivalry win over North Carolina on Friday.

North Carolina State was down nine points with under two minutes left and managed to pull out a 34-30 victory. Fans rushed the field at Carter-Finley Stadium. For Greg Haas, he suffered the consequences of rushing the field. Haas jumped over the wall to get to the field but it didn’t go as planned.

“I landed on my feet, but my leg just kind of gave out, and I just remember going down face first after that,” Hass told the newspaper. “The jump seemed fine. The landing just didn’t quite work out.”

He added that he didn’t know whether he would do it again, but had no regrets.

“It was 100% worth it, just living in the moment and just to see N.C. State beat UNC, their archrival, on such an ending like that,” he said.