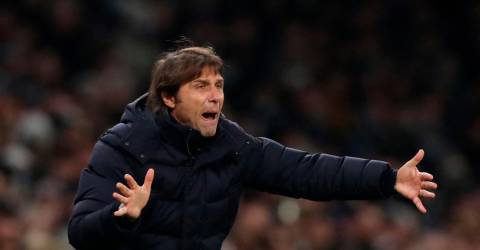 Ndombele was booed off by Tottenham fans when he was substituted during Sunday’s FA Cup win over Morecambe.

The French midfielder appeared to deliberately take a slow walk off the pitch after he was hauled off by Conte following another lacklustre display.

Ndombele is Tottenham’s £53 million ($72 million) record signing but the 25-year-old has failed to live up to his fee during difficult spell in north London.

Conte has said the decision was made in conjunction the club to leave him out for Chelsea’s 1-0 win in the semi-final second leg at the Tottenham Hotspur Stadium.

“It was a technical decision, but I don’t take the decision if I don’t consult the club,“ Conte said.