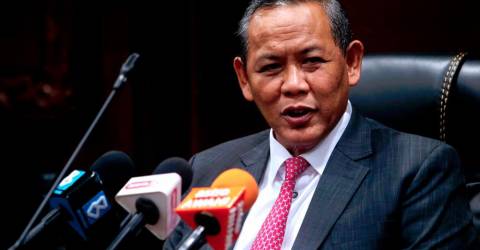 He said this would save costs in conducting the polls and make it easier for voters to cast their ballots.

“Some of us did discuss this unofficially when we met at the recent Conference of Rulers meeting. Alhamdulillah we (Menteri Besar) all seemed to agree to do it (dissolve assembly) together but that was only at the Menteri Besar level.

“We all still have our own party president, deputy president to refer to. We have agreed at the preliminary stage and this message will be conveyed to the top party leadership,” he told reporters after chairing the state executive council meeting here today.

The PAS-controlled Kedah, Terengganu and Kelantan and Pakatan Harapan (PH)-ruled Negeri Sembilan, Penang and Selangor did not hold their state elections together with the 15th General Election recently.

Aminuddin, who is PKR vice-president, believed the matter of possible cooperation in the next state elections between PH and Barisan Nasional, who are partners in the federal Unity Government, would be decided in the near future. – Bernama