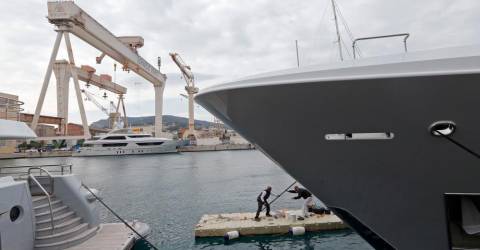 Foreign Minister Wipke Hoekstra said the seized assets included 12 superyachts — measuring longer than 114 feet (34 metres) — that were under construction in the Netherlands and two others undergoing scheduled maintenance.

Shipyards have been made aware that the yachts can’t be delivered to their owners while the sanctions are in place.

A further investigation into 15 Dutch shipyards and five traders is currently ongoing.

Hoekstra added that US$563 million in Russian-owned assets have been frozen by Dutch authorities and US$169 million in transactions have been blocked.

The United States announced new sanctions in conjunction with the G7 and the European Union, of which the Netherlands is a member, targeting Russian President Vladimir Putin’s adult daughters.