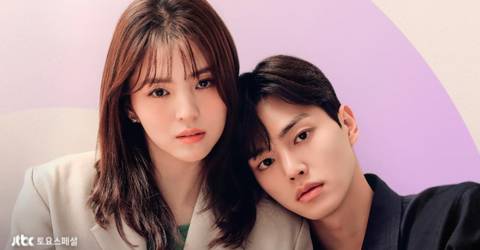 EVER since they starred together in the 2021 series Nevertheless, co-stars Song Kang and Han So Hee have been the target of dating rumours, thanks to their undeniable screen chemistry.

Despite that, the two have maintained that they are “merely friends”, and have otherwise not responded directly to questions about their relationship status.

However, that may change following a report on Saturday by South Korean gossip channel SOJANG, which was accompanied by a blurry photograph purporting to show the two actors together “on a date”.

The report caused much speculation among fans, who flocked to social media to discuss the issue.

Less than 24 hours later, however, the image appeared to have been debunked by another actor, Han’s My Name co-star Moon Sang Min.

He shared the original version of the photograph to his Instagram Story, with a caption hinting that it was in fact an image of him (not Song) and Han, taken during a My Name get-together event.

To cement things, he tagged both Han as well as the person who had snapped the photo.

Fans appeared relieved by the revelation, and hoped that this would finally put the unfounded rumours to rest.