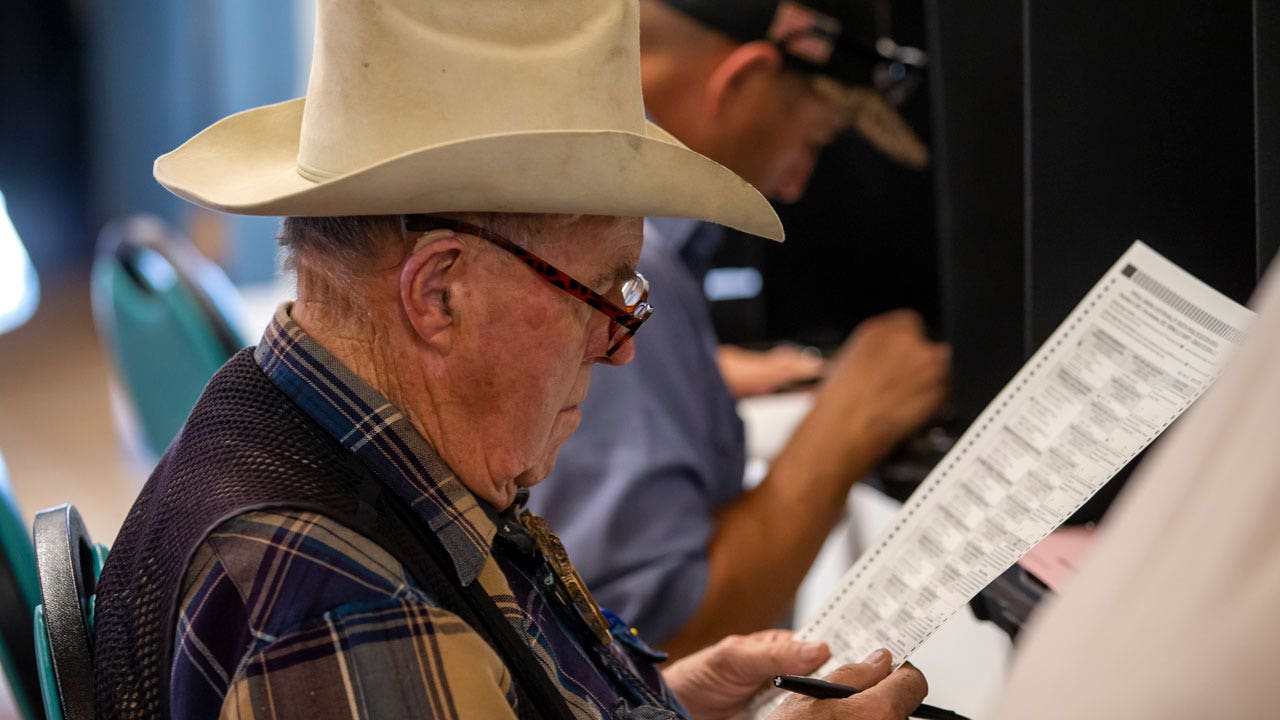 County commissioners in southern New Mexico are weighing whether to certify local results of the midterm election in a once-routine process that in some locations has become a focal point for those voicing distrust in voting systems.

Otero County’s three county commissioners were scheduled to review results of the Nov. 8 election for any discrepancies at a Tuesday morning meeting in Alamogordo.

The Otero County commission in June initially refused to certify primary election results while citing distrust of voting systems used to tally the vote — even though the county’s top election official said there were no problems. The commission reversed course on a 2-1 vote to certify the primary after Secretary of State Maggie Toulouse Oliver successfully petitioned the state Supreme Court to issue an order directing the local board to certify.

The dissenting vote against certification came from Couy Griffin, who was removed from office in September and barred from public office by a state judge for engaging in insurrection at the U.S. Capitol on Jan. 6, 2021.

Griffin, a founder of the Cowboys for Trump, a group that has staged horseback parades to spread former President Donald Trump’s conservative message, said his vote against certification of the primary was based on his “gut feeling,” but he didn’t cite any specific discrepancies in the vote tally.

Attempts to delay primary results in a handful of New Mexico counties earlier this year have brought new scrutiny to a process that typically takes place quietly in the weeks after Election Day.

Partisan officials are involved in certifying elections in most states, something experts worry about after nearly two years of conspiracy theories falsely claiming the 2020 presidential election was stolen from Trump. There is no evidence of widespread fraud or manipulated voting machines, and reviews in battleground states confirmed Democrat Joe Biden’s win.

In the midterm election, voters in staunchly conservative Otero County favored Republican candidates by wide margins in statewide races for governor, attorney general and secretary of state. Democrats won every statewide elected office on the ballot and flipped a congressional seat in southern New Mexico.

Preliminary elections results show more than 60% of Otero County voters cast ballots for Republican candidate for secretary of state Audrey Trujillo, who aligned her campaign with a coalition that seeks large-scale changes to elections administration.