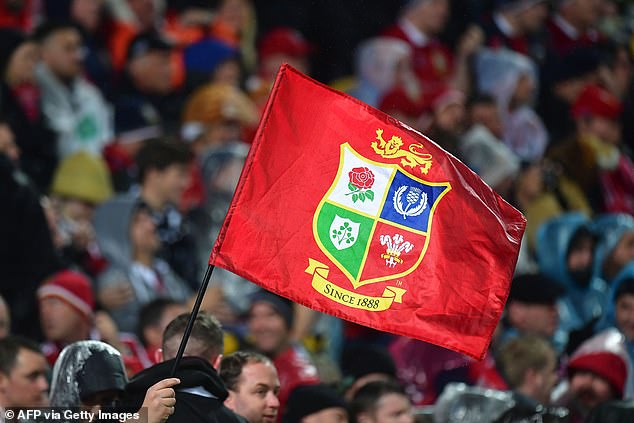 EXCLUSIVE: A women’s British and Irish Lions team looks set to be given the green light with a three-Test series in France under consideration

By Matt Hughes For The Daily Mail

Proposals to create a women’s British and Irish Lions team have received a major boost with a feasibility study chaired by three-time tourist Ieaun Evans formally endorsing the idea.

Sportsmail has learned that following an 11-month study, Evans’ steering group have made a formal recommendation to the Lions’ Board to explore options for a historic first women’s tour, with a three-Test series in France understood to be one of several options under consideration.

The Lions’ Board are currently examining the costs of the ambitious venture, as well as analysing the potential commercial and broadcast models that would be required to fund the tour, and hope to be in a position to announce their backing by the end of next month.

The creation of a new Lions’ team would be a major step forward for the women’s game, which has grown significantly in recent years, as demonstrated by the Six Nations attracting a headline sponsor in TikTok for the first time this year.

While plans for the women’s Lions are at an early stage it is likely to operate in a different way to the men’s team, who have been touring the southern hemisphere since 1888. The women’s team would almost certainly tour in different years to the men and could travel to different places, with France mooted as one potential destination.

France have finished second to a dominant England team in the last three Six Nations and would provide credible opposition, while staying in Europe would also keep costs down in the early stages of what would be a long-term project. 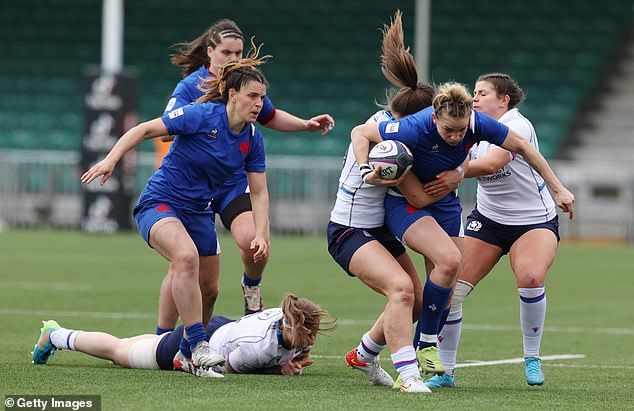 France, pictured against Scotland in the women’s Six Nations, could provide the opposition

The feasibility study was backed by insurance company Royal London and concluded that a women’s Lions team would develop significant commercial value over the long-term, although there is an acceptance that it would have to be subsidised by the men’s brand initially.

One of the major challenges would be ensuring that the tourists’ squad is representative of the entire British Isles, as England are so dominant in European rugby.

Simon Middleton’s side are the favourites to win the World Cup which begins in New Zealand next month, with the hosts widely seen as the only team who can stop them.