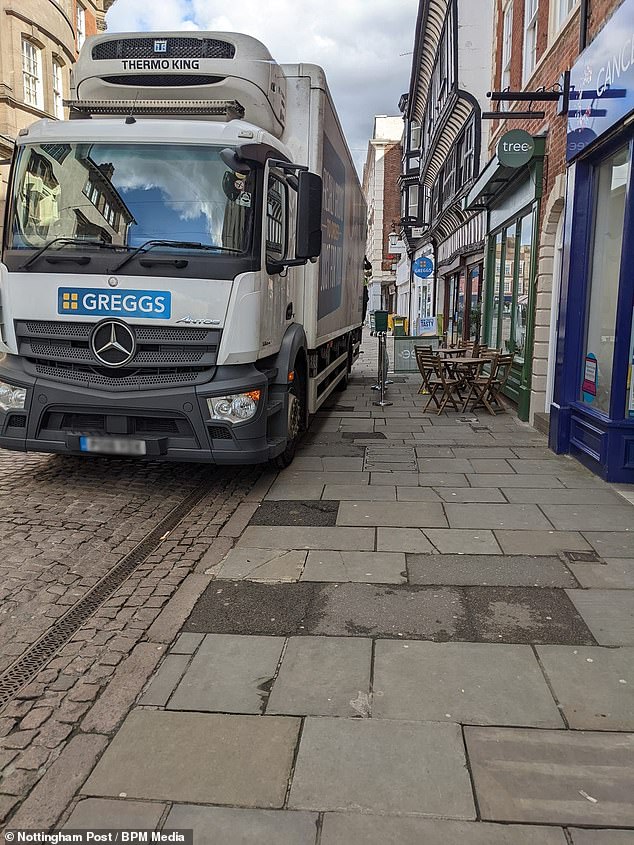 A woman says her business is suffering due to a Greggs lorry which keeps parking outside to make deliveries to the bakery next door.

Wendy Baird has complained to the popular bakery about their deliveries to their store in Newark, Nottinghamshire due to the impact they have on her business, the Tree Juice Bar and Wellbeing Studio.

The business, which promotes healthy eating and a healthy lifestyle, is located next to a Gregg’s store.

Since opening for the first time in November last year, Ms Baird says there have been persistent problems with huge lorries parking right outside her business’ entrance in order to drop off stock next door.

Businesswoman Wendy Baird said a large truck making deliveries to a Greggs bakery next to her business in Newark, Nottinghamshire is a ‘nightmare’ as the HGV blocks the street and leaves its engines ticking over while some of her clients are trying to meditate inside her centre 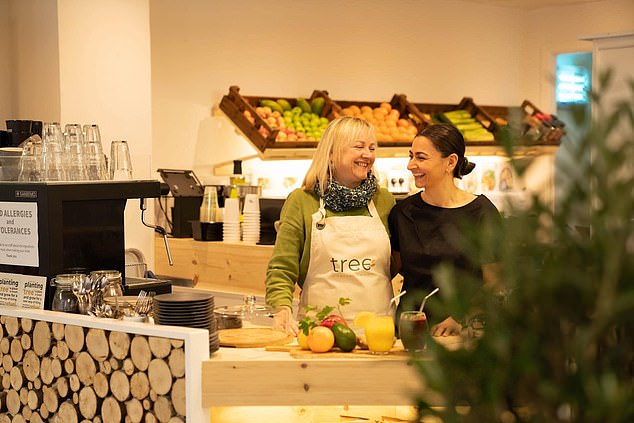 Wendy Baird, pictured with her daughter Abigail, said the idling truck outside her shop disturbs people in her meditation room 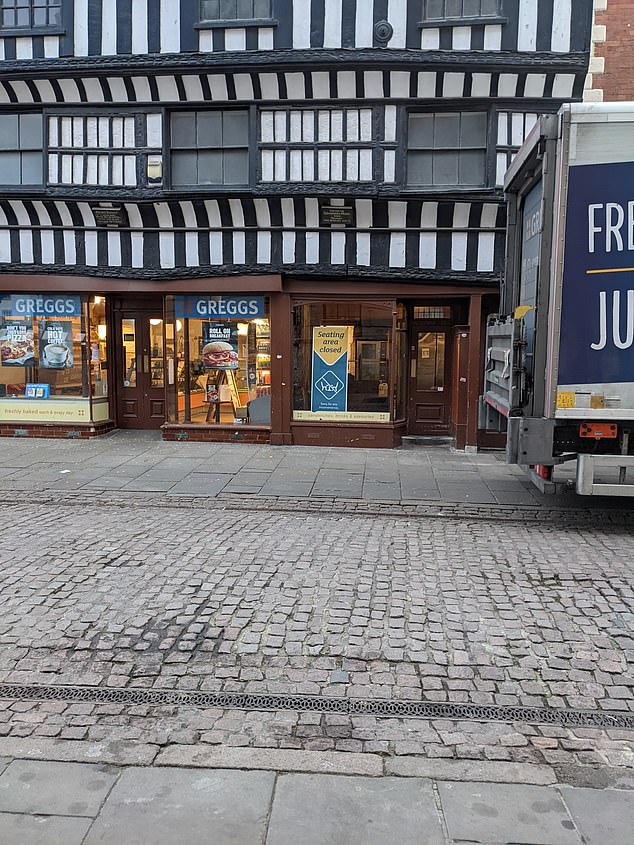 The Greggs delivery driver keeps the area outside the shop he is delivering to clear, while blocking access to Mrs Baird’s building 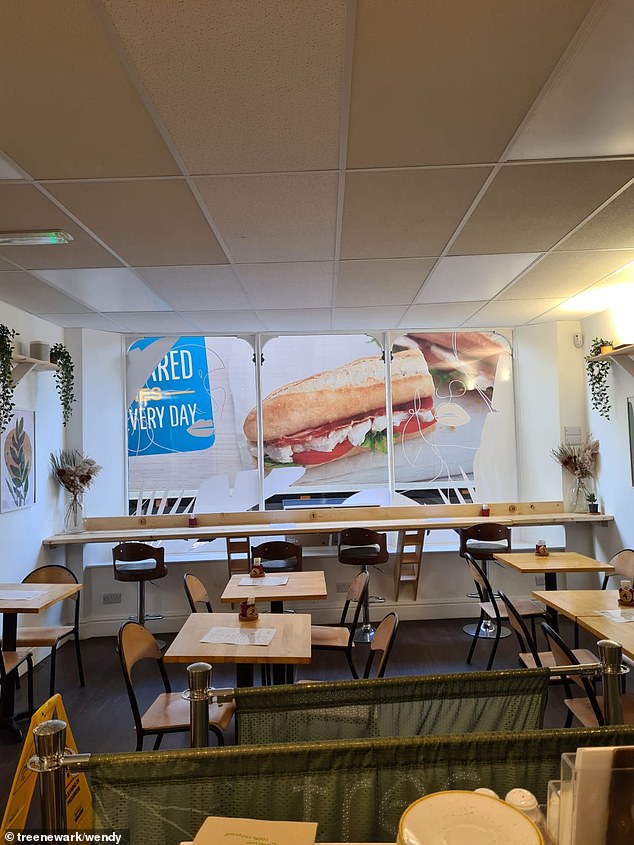 Despite raising the issue with Greggs for months, her complaints have fallen on deaf ears, with the same problems persisting as they try to get customers through the door. The shop is closed on Mondays and Tuesdays but open for weekends, and Mrs Baird estimates at least twice a week the lorry turns up and parks in the same spot.

She said: ‘It parks up right next to the shop’s entrance. It’s a convenience thing for them but it’s an absolute nightmare for us. It’s a massive, massive, lorry. We have workshop rooms upstairs where we run classes – people are trying to meditate and all you can hear is the sound of its engine going off outside.

‘You just wouldn’t walk into our shop when its parked outside as it completely overshadows the whole building. You can’t even see the entrance. It used to park even closer, but then we put our outdoor seating out which we thought would deter them from doing it – now it just blocks the road outside whenever it is parked up.’

The business describes itself as a one-stop studio encouraging a zest for wellbeing, offering healthy juices, smoothies and food plus treatments such as back massage, hot stones and warm bamboo. Mrs Baird runs it along with her daughter Abigail. She feels like her smaller business is being ‘bullied’ by the established company Greggs who aren’t listening to her grievances.

She continued: ‘I just feel like its really rude – there’s been no thought about us, or about being neighbourly or helpful. I just feel like we are being a bit bullied – they are just not listening to what we have to say. They just don’t care.’Greggs has been approached for comment on the matter. 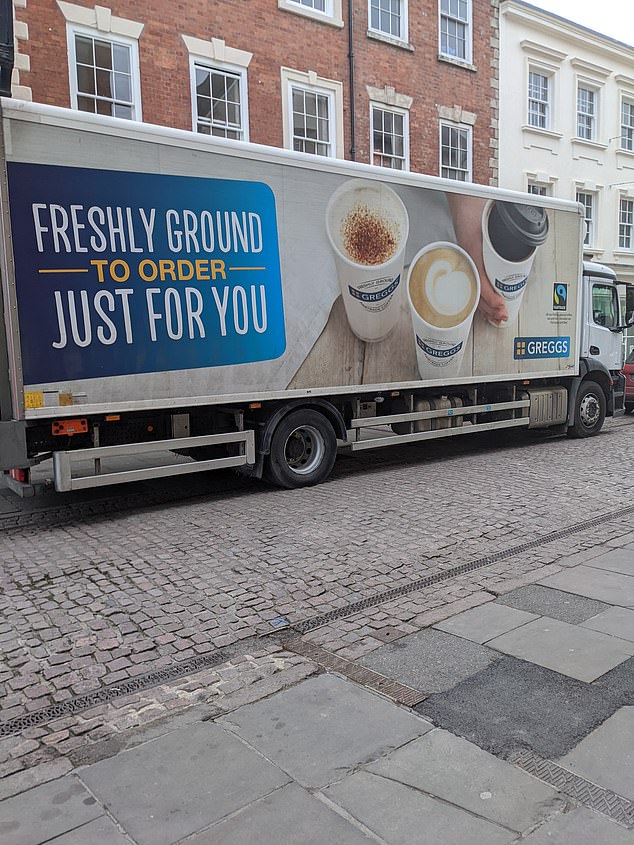 When the Greggs truck is in town, Mrs Baird says potential customers cannot see her store 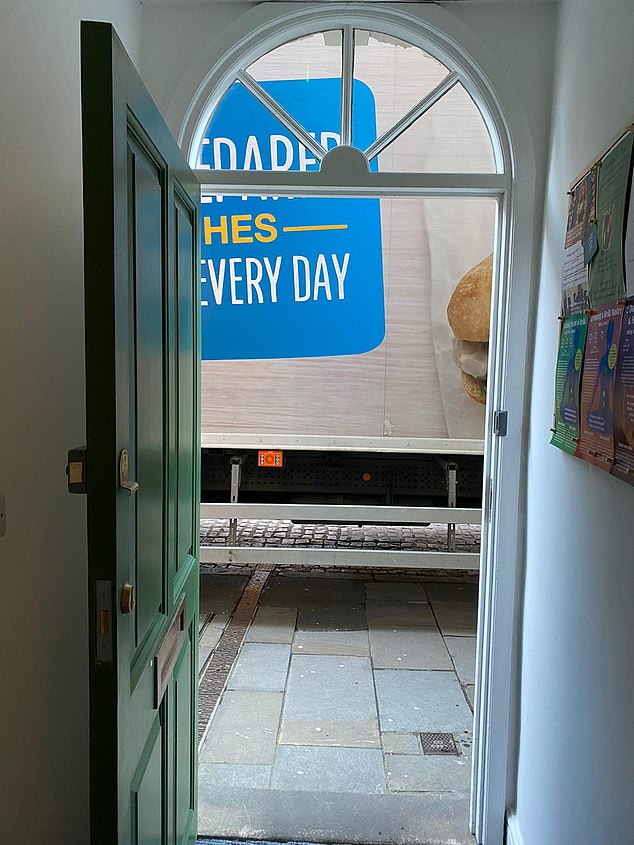