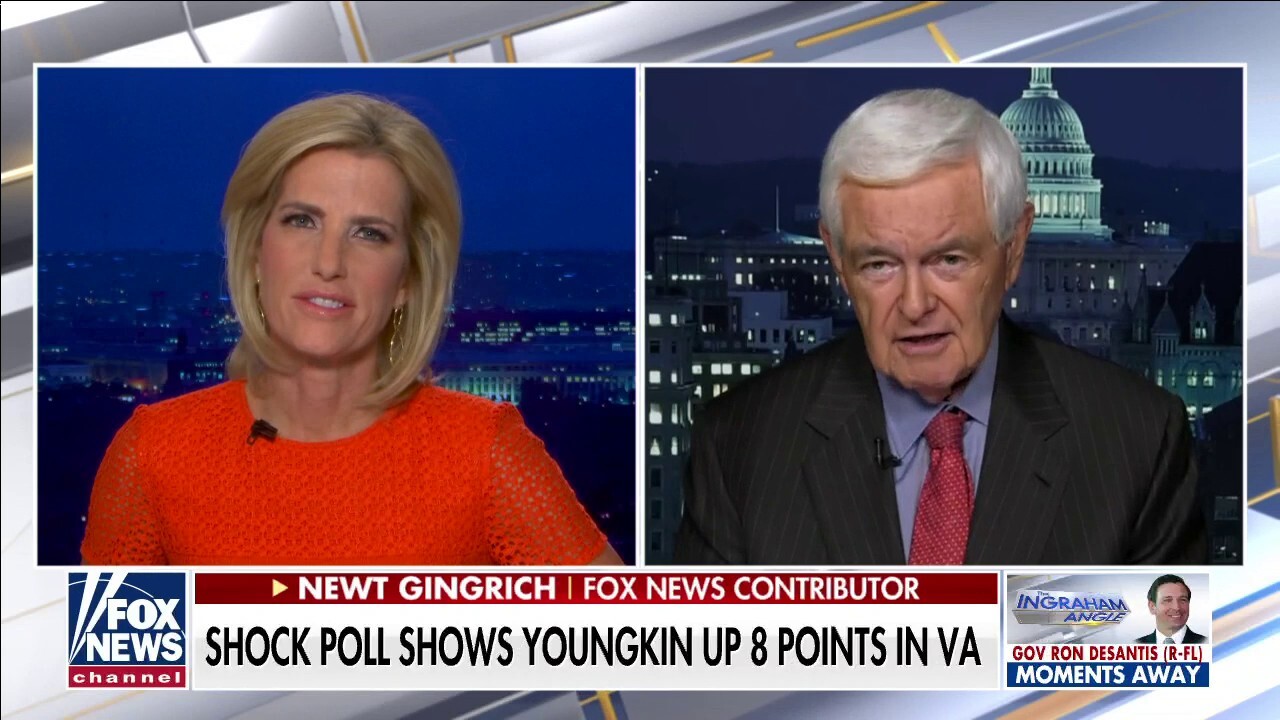 Former House Speaker Newt Gingrich appeared on Fox News’ “The Ingraham Angle” on Thursday night, where he explained why he thought the school issues in Virginia – amid the commonwealth’s gubernatorial election – were revealing some truths about American voters and their top concerns that Republicans everywhere should pay attention to.

I think if we were prepared to be more bold and more aggressive, we’d be shocked how many – we just did a series of polls at a project I’m doing, called the American Majority Project and we found among African-Americans a deep resentment of this effort by the Left to eliminate grades, to eliminate quality, to eliminate programs of excellence because they thought it was cheating their children.

So I think this issue could apply everywhere in the country, and I think we’ll find out next Tuesday. But right now at least, if the Fox Poll is accurate — and I’m told that it is by some people in the Youngkin campaign — this is going to be a huge shock to the Democratic Party in this country and to the news media.

Because the margin is going to be much bigger than they expect.