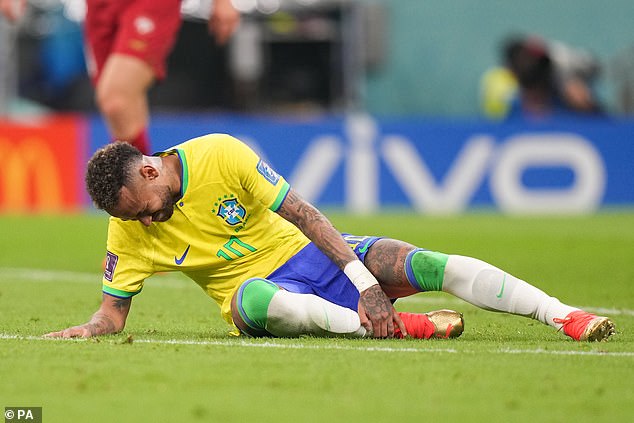 By Samuel Draper For Mailonline

Neymar has shared pictures of his injured ankle on Instagram, two days after being taken off in Brazil’s opening World Cup game.

The 30-year-old PSG forward was substituted with ten minutes remaining of his country’s 2-0 win over Serbia on Thursday with a nasty knock.

And with the key man ruled out for the rest of the group stages, he’s taken to social media to share images of the damage, revealing a visibly swollen and sore ankle, and another with it in protective material. 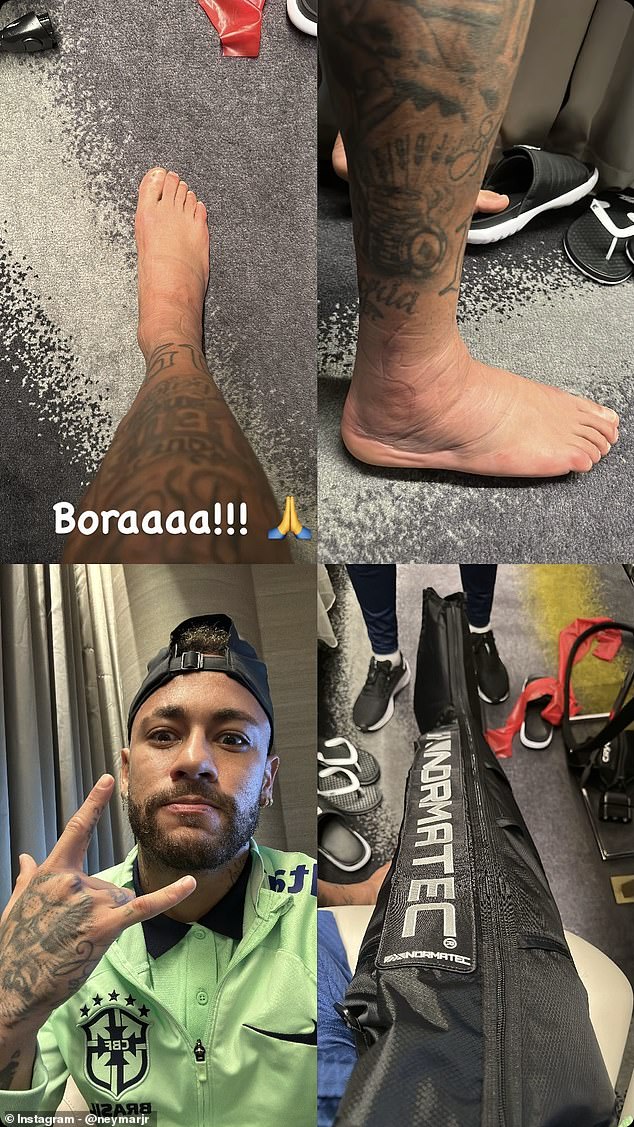 The PSG star has shared pictures of his swollen ankle, and protective gear, to his Instagram

He remains upbeat, however, captioning the post ‘Boraaaa!!!’, which translates to ‘Let’s go!’.

Neymar is resting and recovering in the Brazil camp, with hopes that he will return for the latter stages if his teammates secure their place in the last-16.

He has six goals in World Cup history, and will be hopeful to claim more during the knockout phase once he recovers from this ankle issue.

Brazil face Switzerland and Cameroon in their remaining Group G fixtures across the week to come, but they will have to cope without their defender Danilo, who also suffered a similar knock in the Serbia win.

Rodrigo Lasmar, the team doctor for Brazil, said: ‘Neymar and Danilo went through a MRI on Friday afternoon and we found ligament damage in the ankle of both of them.

‘It is important to be calm and evaluate day by day. The idea is to recover them for the rest of the competition.’ 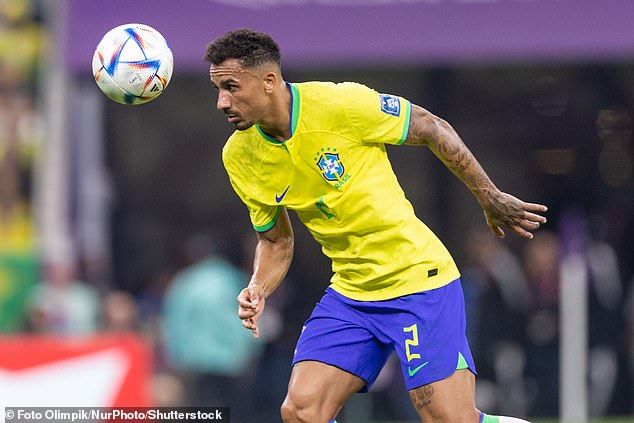 Brazil’s match on Monday sees them trying to defeat the Swiss at Stadium 974, the site of Portugal’s win over Ghana and France’s win over Denmark.

Neymar’s previous World Cups have been hit by injury issues as well, missing the 2014 semi-final with a back fracture, and having fitness issues in the build-up to the 2018 tournament in Russia.

He has scored 75 goals for Brazil, just two behind Pele as Brazil’s all-time top goalscorer. 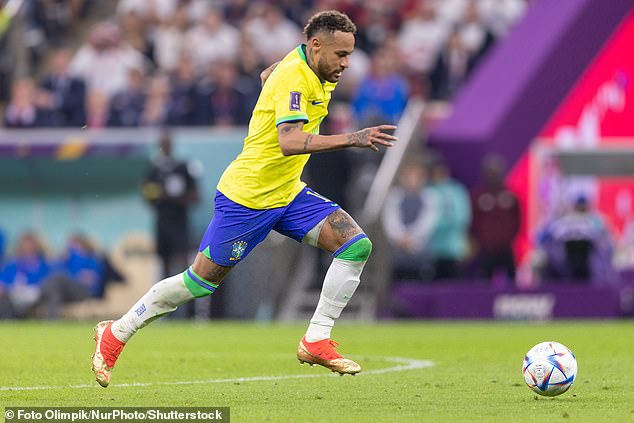