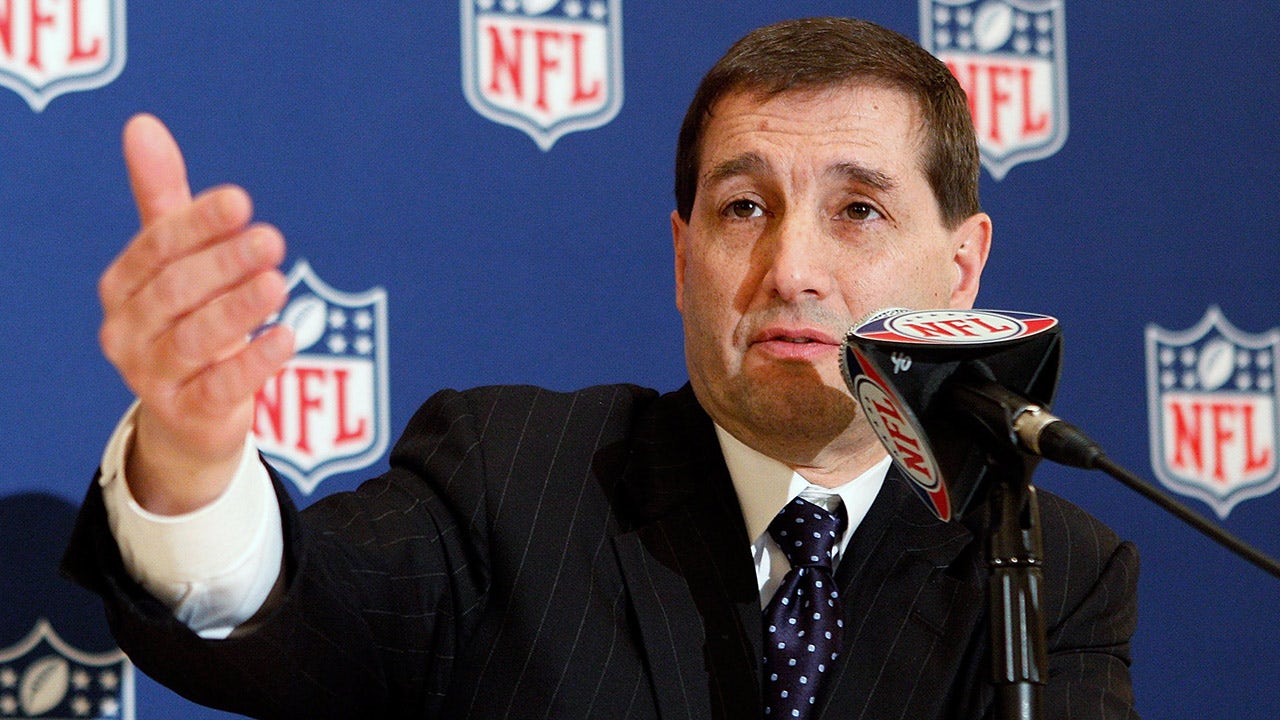 Pash’s emails with Allen are the latest to come under scrutiny days after Jon Gruden was reported to have made homophobic and misogynistic comments on a bevy of controversial topics related to league matters, including vulgar criticism of NFL Commissioner Roger Goodell. The New York Times and Wall Street Journal highlighted the apparent friendship between Pash and Allen over the last decade.

NFL lawyer Jeff Pash speaks to members of the media after leaving court- ordered mediation at the U.S. Courthouse on April 20, 2011 in Minneapolis, Minnesota. Mediation was order after a hearing on an antitrust lawsuit filed by NFL players against the NFL owners after labor talks between the two broke down.
(Photo by Hannah Foslien /Getty Images)

The NFL pushed back on any nefarious speculation about Pash’s conversations with Allen.

“Communication between league office employees and club executives occurs on a daily basis,” Jeff Miller, the league’s executive vice president of communications, told The New York Times in a statement. “Jeff Pash is a respected and high-character NFL executive. Any effort to portray these emails as inappropriate is either misleading or patently false.”

According to the reports, Pash and Allen would discuss several hot-button league topics between 2009 and 2018. Allen reportedly would freely express his issues about the league with Pash, including the NFL fining the team for manipulating its injury report and fears over being accused of rule-breaking when it came to signing free agents.

As the Washington Football Team spiraled into controversy over allegations of workplace misconduct by team executives, The New York Times reported that Allen contacted Pash.

“I know that you are on it and would not condone something untoward,” Pash wrote to Allen.

Allen would also talk to Pash about the NFL hiring Jocelyn Moore, a Black woman who became the league’s top lobbyist on Capitol Hill; a potential team song to attract Latino fans; the defense of using the Redskins moniker; and their dislike for NFL Players Association boss DeMaurice Smith.

According to The Wall Street Journal, the two also discussed the league’s 2015 Deflategate controversy in which Tom Brady and the New England Patriots were accused of deliberately deflating footballs to gain an advantage.

A fan holds a sign for Washington Redskins team president Bruce Allen in the first half during a game against the New York Giants at FedExField on Dec. 22, 2019 in Landover, Maryland.
(Photo by Patrick McDermott/Getty Images)

Gruden’s emails with Allen and other men were among those flagged in the NFL’s 2020 workplace investigation into the Washington Football Team. Gruden resigned as head coach on Monday night. League officials told The Wall Street Journal that no other league official’s messages were flagged. The emails were a handful of the 650,000 the league was reviewing as part of the investigation.

NFL vice president of communications Brian McCarthy told NPR earlier this week the league has no plans to release emails related to the investigation.

“We have released no emails during this process and have no plans to do so,” he said.