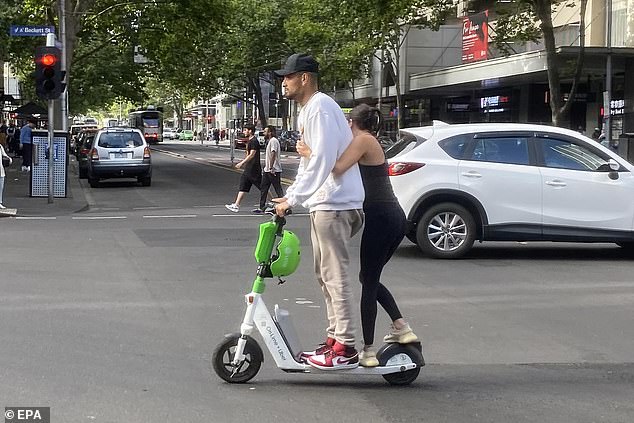 Nick Kyrgios was spotted e-scootering through Melbourne‘s CBD ahead of his Australian Open campaign, but could be in hot water for failing to wear a helmet.

Kyrgios, 27, kicks off his men’s singles tournament on Tuesday night when he faces Roman Safiullin at the John Cain Arena, with question marks over his fitness having pulled out of two pre-tournament events.

On Sunday afternoon, in a bid to take his mind off his home slam, Kyrgios was seen riding around Melbourne on a commercial hire e-scooter with his girlfriend, Costeen Hatzi, stood on the back. 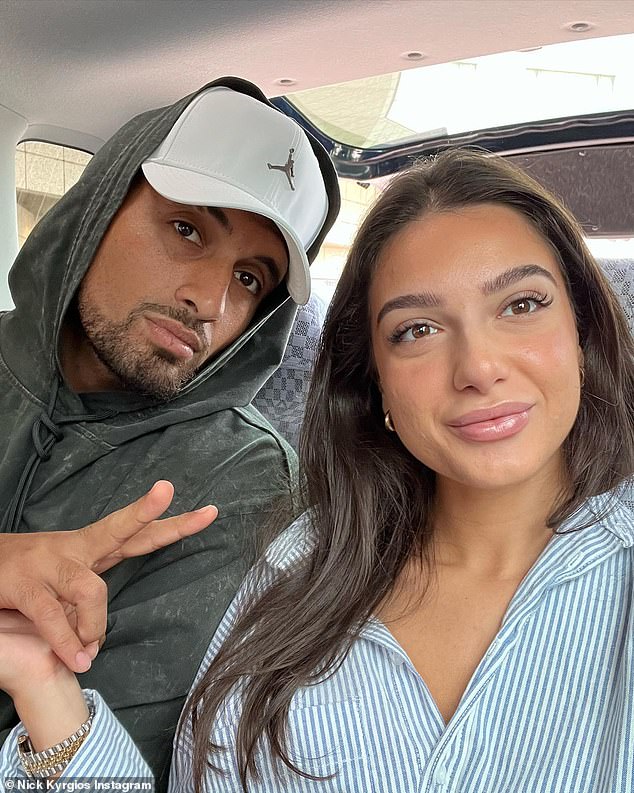 However, Victoria Police laws on commercial e-scooters state that you must wear a helmet when operating the vehicle, which can reach speeds of 20km/h.

Neither Kyrgios nor Hatzi are seen wearing a helmet during their journey. A helmet is seen hanging from the handle bars.

Meanwhile, Kyrgios has hinted that he could retire should he win the Australian Open this month. On Friday, the 27-year-old said he struggles to keep up with the ‘dedication’ required to reach the top of the sport.

‘100 per cent,’ Kyrgios said after putting on a show with Djokovic. 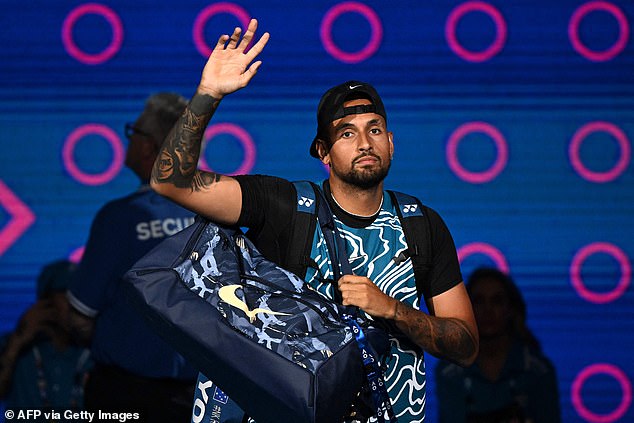 ‘It’s a lot of training, a lot of work, and I just want to be able to eat whatever I want, drink what I want to drink.

‘It’s a hard lifestyle. The dedication these guys show… I did a bit of that last year to show the world I’m still one of the best.

‘But I’m going to try and do it this year and hopefully I can do it, but it will be hard.’

Kyrgios reached the Wimbledon final last year, losing to Djokovic at the All England Club. Ahead of the Australian Open, the 27-year-old insisted that he is one of the best players on the planet.

‘I am one of the best players in the world so I’m definitely going to go into the Australian Open, any tournament, with confidence,’ said the Australian number one after practice at Melbourne Park on Thursday. 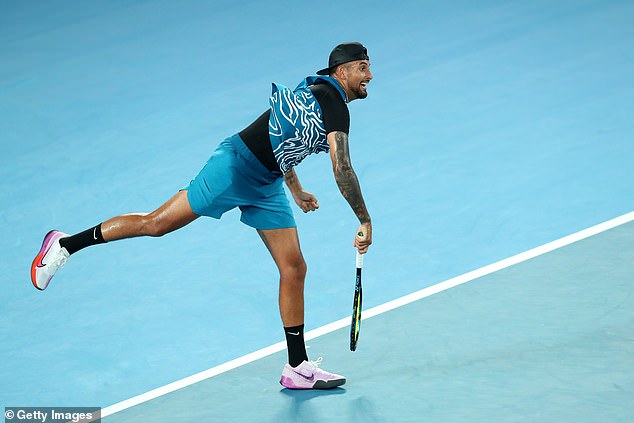 ‘This is the first time I’ve genuinely gone into a slam feeling like I’m one of the guys that can really take the trophy and knock on the door. I don’t know what I’m going to be feeling when I get out there.

‘Usually I’ve got nothing to lose and just putting on a show, but I’ve got to try to really find that balance. Fourteen days to win one of these things is not easy. Obviously I’m capable but so many other people are capable as well.’