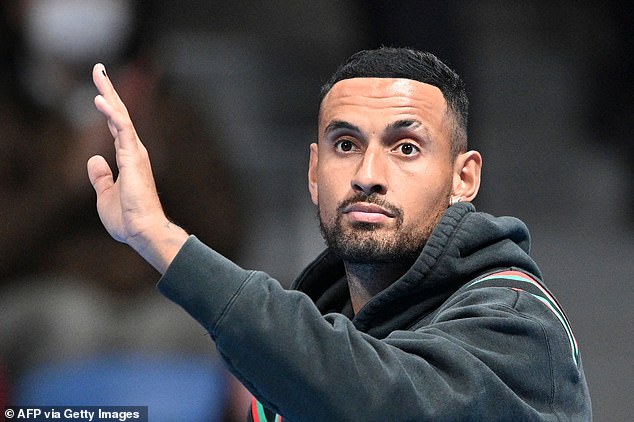 Nick Kyrgios says he’s heartbroken to have to pull out of the Japan Open with a knee injury just minutes before being due to face Taylor Fritz in the quarter-finals.

Kyrgios, who had been eyeing two titles in Tokyo having also reached the semi-finals of the doubles with Thanasi Kokkinakis, withdrew from both events on Friday evening.

‘It’s heartbreaking, When the body lets you down it’s not a good feeling,’ the Wimbledon finalist told reporters at the Ariake Colosseum Arena.

It was an anti-climactic end to what had been another fine week for Kyrgios in a breakthrough season which has pushed him back into the world top 20.

But the 27-year-old felt it was the right decision as he targets a strong end to the season in Europe, where he plans to go for the doubles crown at the ATP finals in Turin alongside his ‘Special Ks’ partner Kokkinakis.

‘I’ve just been playing amazing tennis all year but actually was dealing with a bit of a knee issue around the time of the US Open and got back home, probably didn’t take enough time oft be honest, and went straight back into training,’ said Kyrgios.

‘I’ve been playing well this week, probably (the knee issue) could have something to do with the change of surface.

‘But my knee’s been something I’ve had to deal with my whole career and sometimes it wakes up pretty average and when I was warming up with Thanasi, it just didn’t feel ideal.

‘Pulling out is the smart option for my body. I’ve got a couple of events left in the year and I want to do well in them . So I have to be smart.

‘But obviously very disappointing, it’s one of my favourite tournaments, I’ve had great memories here. 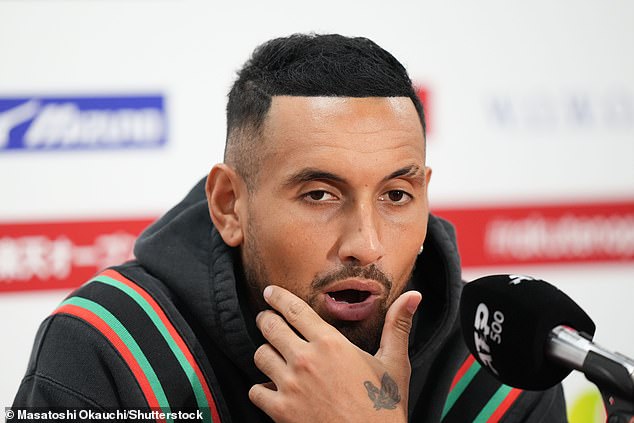 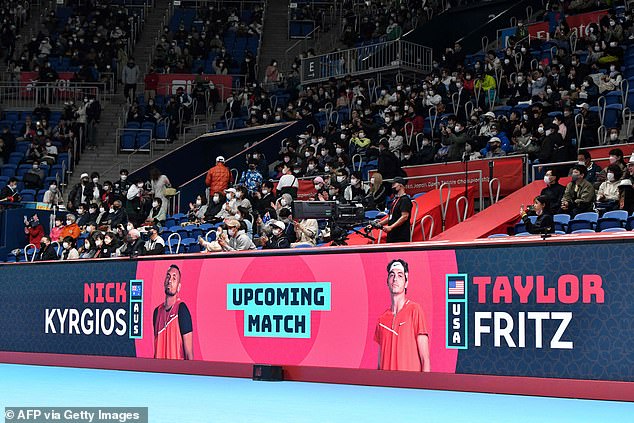 ‘I know in this case, it’s probably overloading rather than not being fit enough. I think it’s almost being too excited to get on the court and maybe training a little bit too much. It’s positive but heartbreaking at the same time.’

Kyrgios will fly back home to recover before planning to finish the season in tournaments in Basel, Paris and the season-ending ATP finals where he and Kokkinakis hope to add to their Australian Open crown.

In Kyrgios’s absence, Fritz was given a walkover and will play his semi on Saturday against Canada’s Denis Shapovalov, who beat Borna Coric 6-4 6-3 in the last eight.