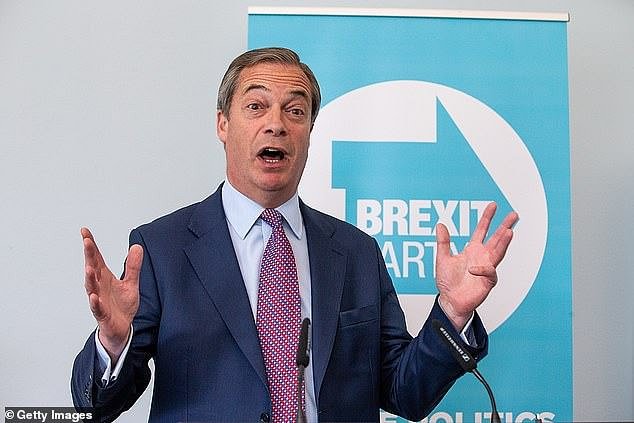 Nigel Farage is set to rake in up to £60,000 a year after signing up to flog personalised greetings videos – just days after he said he was quitting politics.

For just £63.75, the leading Brexiteer will be wishing fans a happy birthday and congratulating newlyweds through the online message platform Cameo.

It comes after Mr Farage announced he was stepping down as The Reform UK party leader – and from frontline politics – on Saturday.

Writing for MailOnline, he said: ‘I have made this decision because, again, I want my life back. This time, I really have knocked on my last door. It has been a long, hard road, but I’ve accomplished more than anybody believed possible.’

But in what is seen as a lucrative money-spinner the 56-year-old announced the next day he had joined Cameo’s raft of celebrities offering personalised messages.

For just £63.75, leading Brexiteer Nigel Farage will be wishing fans a happy birthday and congratulating newlyweds through the online message platform Cameo

In a promotional clip, Mr Farage bursts out of a red phonebox and says: ‘Hello, I’m Nigel Farage and Cameo is my latest incarnation.

‘So if you want a message for Mother’s Day, a birthday, wedding to surprise somebody I’m happy to do it but I promise I will mention Brexit, I will mention Trump… God, I hope the pubs open soon.’

He made £160 on his first day on the platform, with several five-star reviews being left by happy customers.

One person said: ‘Thank you! I have sent to my three brothers and they all think it’s absolutely brilliant!’

Another customer said: ‘Brilliant, will make his day!’ 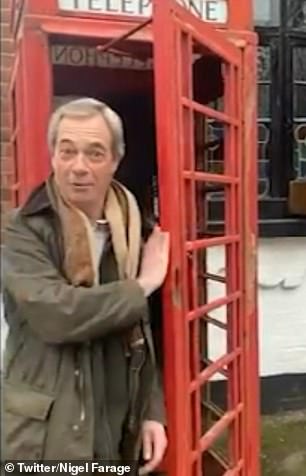 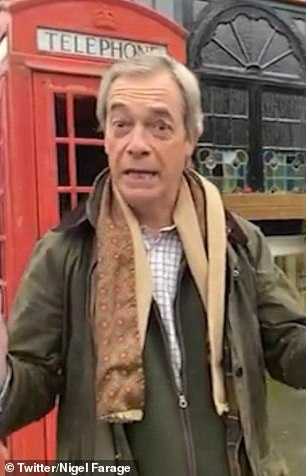 In a promotional clip, Mr Farage bursts out of a red phonebox and says: ‘Hello, I’m Nigel Farage and Cameo is my latest incarnation’

Former Bake Off judge Sue Perkins was less keen on the venture, joking on twitter: ‘Could you do one for my birthday saying “We took an advisory referendum to its most extreme conclusion… Happy Birthday Sue!”‘

It is just the latest money-making venture for the arch-Brexiteer, who has stashed away close to a million pounds in a firm where he banks his earnings from media appearances.

The right-wing commentator and outgoing Reform Party leader has pumped more than £750,000 into his Thorn in the Side Ltd over the past four years. 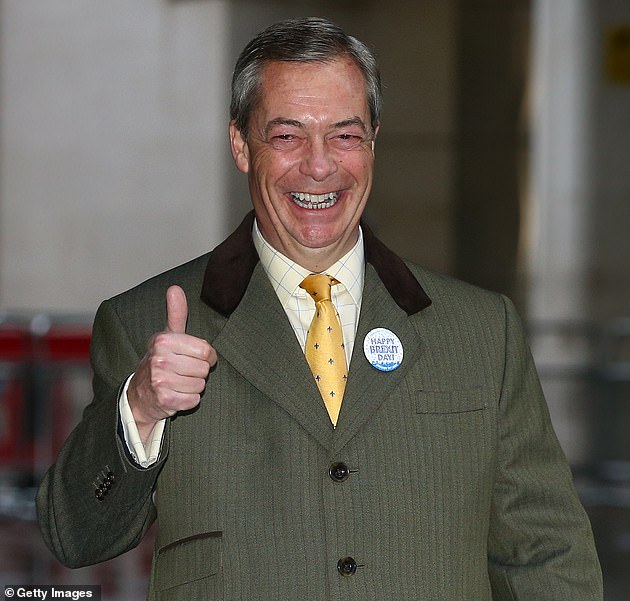 The Brexiteer (pictured) – who has led UKIP several times – has stoked wide-spread criticism during his time in the political mainstream, most recently for strong support of former-US President Donald Trump

The earnings come from roles such as his former LBC show, which he quit in June, and regular appearances on US TV station Fox News.

The controversial former MEP – widely regarded as one of the key architects of Brexit – set up a new media company, Farage Media Ltd, in December but it hasn’t filed accounts yet.

The controversial former MEP – widely regarded as one of the key architects of Brexit – set up a new media company, Farage Media Ltd, in December but it hasn’t filed accounts yet.

The arch-Brexiteer quit his LBC show in June after a showdown with radio chiefs which came two days after he likened Black Lives Matter protestors to the Taliban.

Mr Farage told the European Parliament in 2019 that he earned £27,000 a month through his media company – more than his salary as an MEP.

Mr Farage has previously been criticised for allegedly using Thorn in the Side to slash the tax bill on his media appearances.

In 2019 Labour MP Ian Murray blasted: ‘Nigel Farage has made himself rich as a snake oil salesman for Brexit. You don’t get more metropolitan elite than Farage.

‘He’s no more a man of the people than he’s a teetotal vegetarian.’

But a spokesperson for Reform UK – then called The Brexit Party – hit back: ‘People of this country do not hate success, they applaud success. They hate hypocrisy, and he is no hypocrite.’

In 2014, it was revealed that by using the company Mr Farage could halve the tax bill on his media appearances.

It isn’t illegal to use personal service companies but has been criticised by politicians as a way of reducing one’s tax bill.

Mr Farage has previously lambasted tax avoiders in a speech to the European Parliament in 2013.