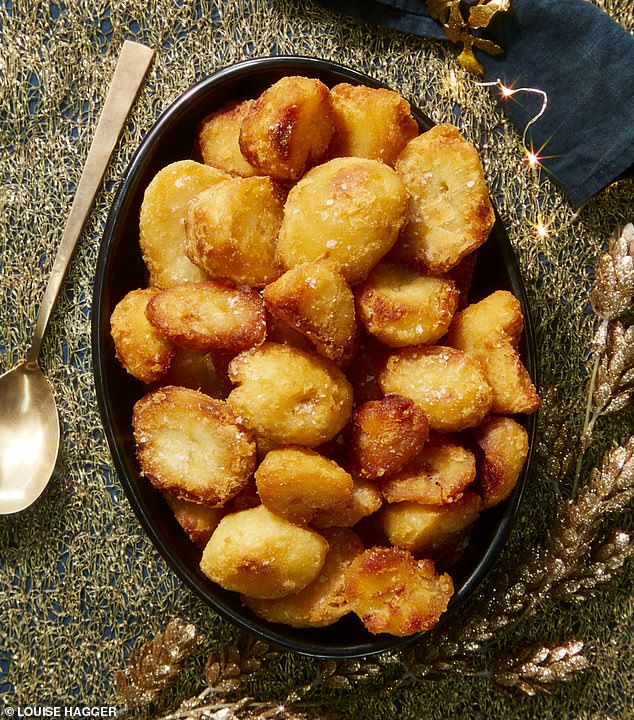 
There are three crucial things that I think make the difference here: the first is the heat of the fat – if it’s not searingly hot, you don’t stand a chance, and since goose fat has a very high smoking point and tastes good, it is my annual choice. The second is the size of your potatoes – you want them relatively small, so that the ratio of crunchy outside to fluffy interior is optimised. Finally, dredging the potatoes – and this is a family practice, inherited through the maternal line – in semolina rather than flour after parboiling, then rattling the pan around to make the potatoes a bit mashed on the surface so they catch more in the hot fat, is a major aid. The roast potatoes become vegan if you roast them in solid vegetable fat or oil.

2.5kg potatoes, such as King Edward

MAKE AHEAD Peel the potatoes the day before. Keep submerged, whole, in cold water in a cold place. Drain, cut and cover with fresh, salted water to parboil and then roast as directed.