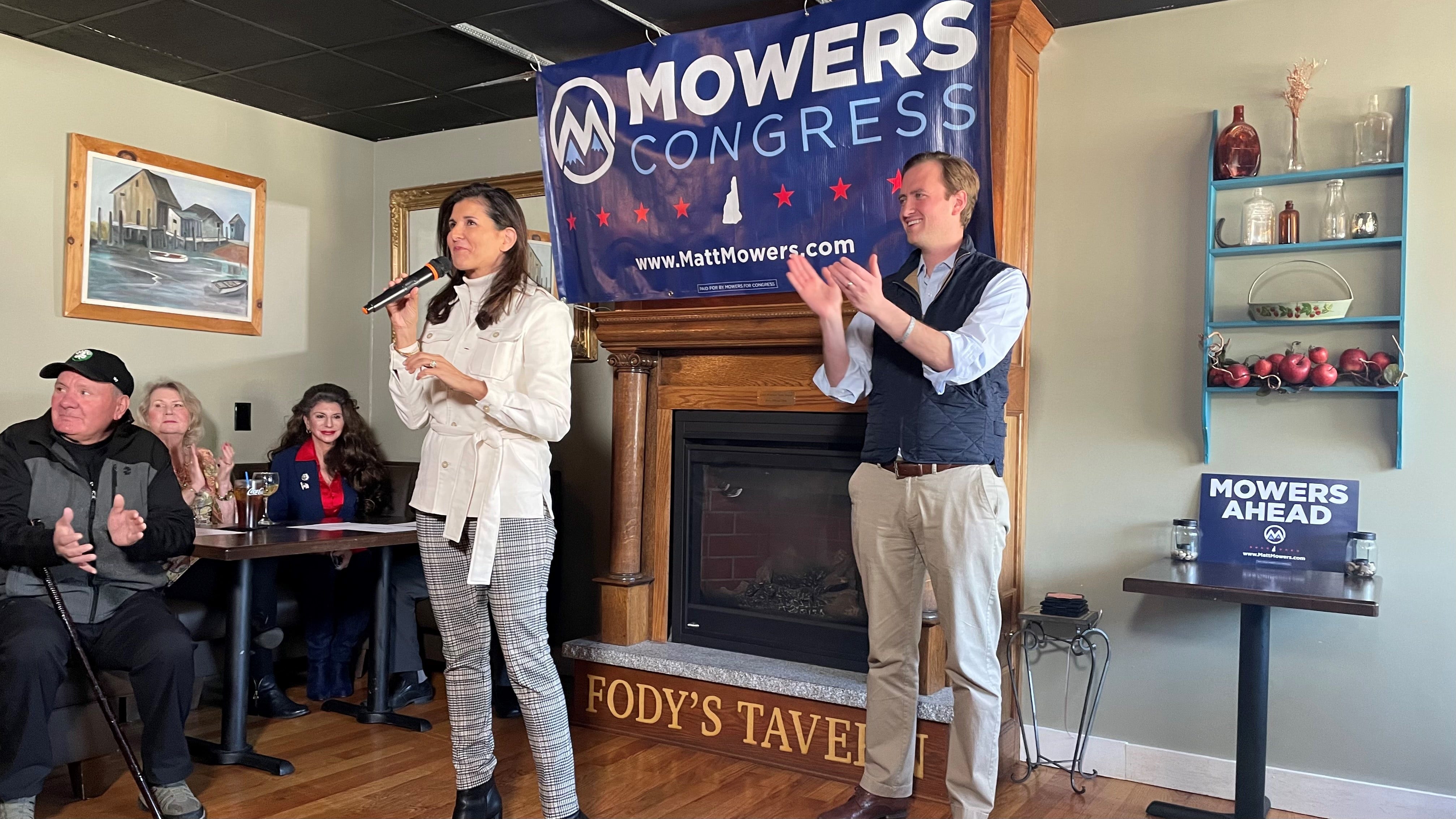 Former Ambassador to the United Nations and former South Carolina Gov. Nikki Haley speaks to Fox News about her 2024 timetable, during a campaign stop in New Hampshire on behalf of congressional candidate Matt Mowers, on Monday April 4, 2022, in Derry, New Hampshire.

DERRY, N.H. – On her first trip back to New Hampshire in a year and a half, Nikki Haley was laser focused.

“Let me tell you why I’m endorsing Matt Mowers, the former two-term South Carolina governor who served as U.S. ambassador to the United Nations during the Trump administration told the crowd of Republican leaders, officials, and activists packed into Fody’s Tavern in Derry, New Hampshire.

And Haley noted that Mowers – a former campaign operative who worked onTrump’s 2016 general election campaign and later served in the State Department during the former president’s first two years in office – “knows the bureaucracy in DC because he had to work in it. He knows how to fight it. He knows how to cut through it…there’s not going to be learning curve for Matt Mowers.”

Mowers is one of the top contenders in the crowded and competitive GOP primary field in New Hampshire’s 1st Congressional District, a longtime premiere House swing district that the GOP’s aiming to flip from blue to red in November’s midterm elections.

The stop in New Hampshire – which was first reported by Fox News last month – is Haley’s first since October 2020, when she campaigned with Mowers during his first bid for the seat. Mowers won the GOP nomination but lost the general election to Democratic Rep. Chris Pappas by five points. Republicans view the two-term Pappas as vulnerable as the Democratic incumbent runs for reelection.

Asked by Fox News how Haley’s visit would boost his campaign, Mowers pointed to her star power.

“You see the energy out here today to see Ambassador Haley to support our campaign. And the fact that we’re galvanizing people and drawing attention off these events is really a testament to a lot of the star power she’s lending our campaign,” Mowers said.

Haley later on Tuesday helped Mowers raise campaign cash at fundraiser for Mowers in Salem, New Hampshire. On Tuesday morning she’s scheduled to headline a fundraiser for Republicans in the Granite State’s legislature.

The former governor and ambassador has endorsed over 30 Republicans this cycle through the political wing of Stand for America, her public advocacy group.

Besides being a crucial general election battleground state, New Hampshire for a century’s held the first presidential primary in the race for the White House. And the trip by Haley, whom pundits considered a potential 2024 GOP presidential hopeful, will spark more speculation about her possible national ambitions.

As for her timetable, Haley said “I don’t have to make a decision until the first of next year. But I can tell you I’ve never lost a race. I’m not going to start now. I’ll put a thousand percent into it and finish it. .. I’m going to fight for this country until my last breath, because I believe in her and I believe that we all have to be part of the solution.”