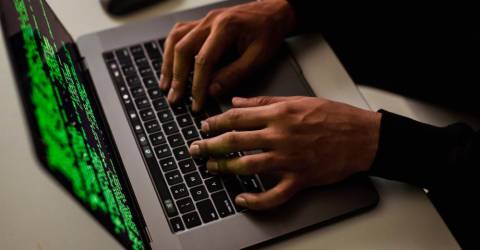 Kuala Lumpur Commercial Crime Investigation Department chief, ACP Mohd Mahidisham Ishak said a Chinese woman and six men aged between 22 and 35 were arrested in the first raid on a premises in the area between 3 pm and 4 pm.

He said during the raid, equipment including one laptop and 17 mobile phones, suspected to be used in the online fraud, were also seized.

“On the same day, police also raided another premises in the same area and arrested a local woman and two Chinese men, aged 22 to 35,“ he said in a statement today.

In the second raid, he said police seized six mobile phones and the copy of a written document used for phone calls.

“The initial investigation found that all the suspects were employees of a syndicate and believed to be from two different groups who had been operating since mid-2020, targeting customers from abroad as victims.

“The case is being investigated under Section 420 of the Penal Code for cheating and the value of the losses is still under investigation. All of them are being remanded since Jan 17 until Jan 21 for further investigation,“ he added.

Meanwhile, he advised the public not to be easily deceived, to check before making any transaction and to come forward with information related to fraud cases like this.