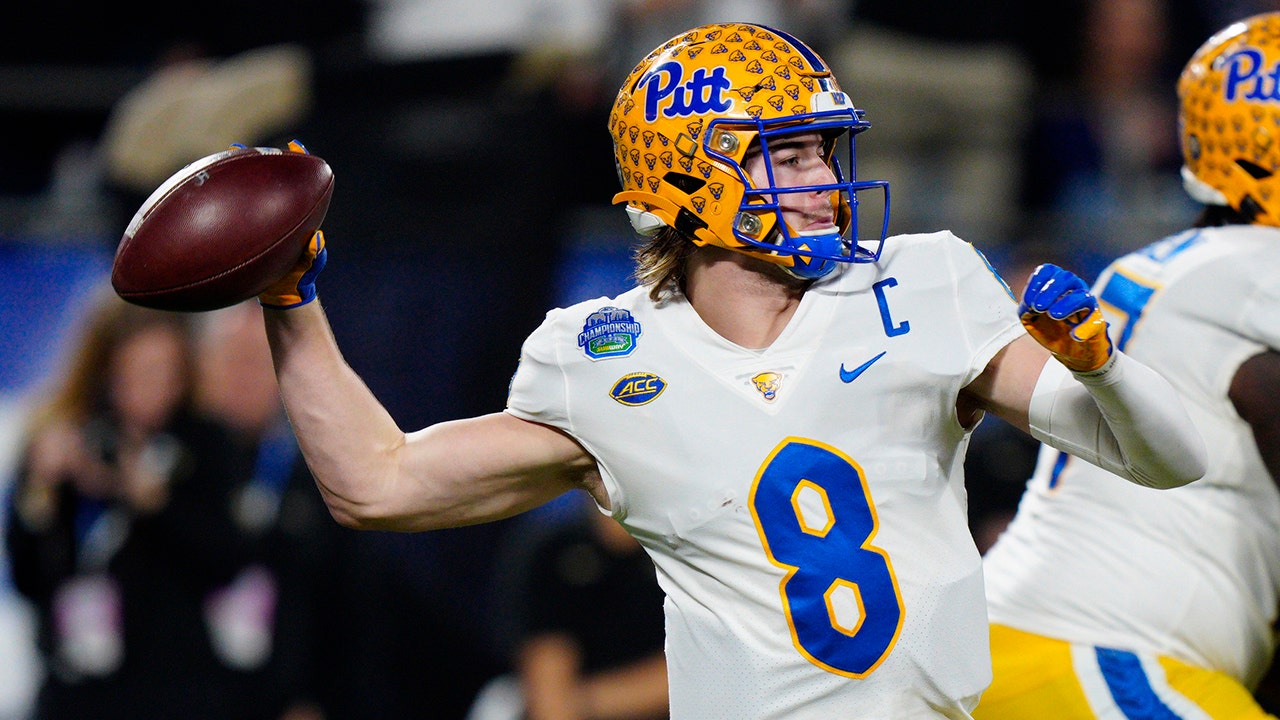 Kenny Pickett accounted for three touchdowns and Erick Hallett II returned one of Pittsburgh’s four interceptions for a touchdown to help the No. 17 Panthers beat No. 18 Wake Forest 45-21 in Saturday night’s Atlantic Coast Conference championship game.

Hallett, selected the game’s MVP, had a pick-six with 11:42 left that came on the heels of A.J. Woods having a 75-yard interception return that fell only 3 yards short of taking it all the way for the score early in the fourth quarter. That was the highlight sequence in a strong defensive performance that locked up the high-scoring Demon Deacons after the opening quarter and ultimately carried the Panthers to their first ACC title since leaving the Big East in 2013.

After surrendering touchdowns on three first-quarter possessions, Pittsburgh (11-2) held Wake Forest scoreless for its last 13 drives while getting after Sam Hartman for five sacks to stymie the Demon Deacons’ tempo-controlling flow.

Wake Forest (10-3) was back in the ACC title game for the first time since winning the 2006 championship. But the Demon Deacons finished with 295 total yards, with only 109 of those coming after the opening quarter.

Hartman threw for two scores and ran for another in the opening period. But by the end of this one, Hartman was suffering through another nightmarish performance on a field about 20 minutes from his hometown in Cornelius.

He ended last year here with four interceptions in a Duke’s Mayo Bowl loss to Wisconsin, then threw for 213 yards in another four-interception performance before exiting with 8:09 left.

The third was Woods’ long return that had him weaving all over the field before being stopped inside the 5 for the longest interception return in the 17-year history of the title game to set up a short TD by Israel Abanikanda.

And on the next offensive snap, Hallett jumped in front of Hartman’s pass for Jaquarii Roberson and sprinted for the 19-yard return — extending the ball with his right arm as he crossed the goal line — and a 45-21 lead that all but wrapped up the title for Narduzzi’s Panthers.

The game offered a departure from what had become a recent tradition: watching Clemson roll past an overmatched Coastal Division champion on the way to another league title and trip to the College Football Playoff. And going back a decade, either Clemson or Florida State had been in this game as the Atlantic Division champion before Wake Forest finally interrupted that run this year.

This game began with a high-revving show of four straight touchdown drives between the two teams, including a dazzling 58-yard scoring run by Pickett on the first in which he stutter-stepped near the 40 as though he was going to slide then took off around pulling-up defenders the rest of the way to the end zone.

Wake Forest led 21-14 when Hartman hit Taylor Morin on a contested TD catch near the left pylon. But after that, Pittsburgh’s defense started getting to Hartman more often while the secondary that found itself under early duress began to hold up against those deep throws.

Sam Scarton’s 41-yard field goal gave Pitt a 24-21 lead at the break, then Abanikanda scored from 12 yards out around the right side late in the third to make it a two-possession lead and send the Panthers on their way.

Wake Forest: The Demon Deacons just couldn’t add another milestone in a what had become a special season full of them under eighth-year coach Dave Clawson, including the highest AP Top 25 ranking in program history (No. 10 in early November) and the program’s best-ever start (8-0).

Pittsburgh: The Panthers had reached the ACC title game in 2018 before losing a blowout loss to Clemson. They’re leaving Charlotte this time with the program’s first ACC title after sharing the Big East title in 2004 and 2010.

Both programs must wait to learn where they will play a bowl game.